Blast From The Past:1997 Scoreboard NFL Experience Football Pack Break

So let's take a Blast From The Past with a one pack break of 1997 Scoreboard NFL Experience!

I opened some Scoreboard on and off in the 90's. They put out a few decent products including the one I am talking about today. 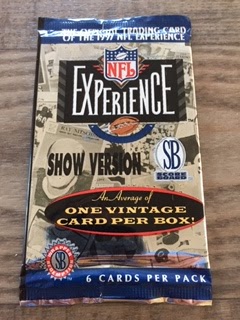 Every pack of 1997 Scoreboard NFL Experience football came with 6 cards. I paid $3 shipped on this pack to show it off. I was hoping to land the vintage card but knew my odds were against me. The part about this pack I don't get is the Show Version. Maybe it was a special version from The National? I have no idea, but I remember opening up cards like this so who knows. Maybe these had special things in them compared to the ones I opened. So let's check it out. 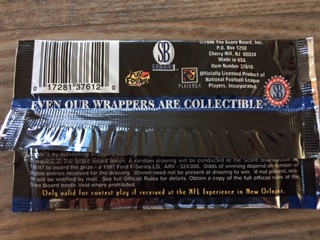 The back of the wrapper tells me that not only are the cards collectible, but so isn't the wrapper so I held onto it.

Time to have a blast from the past! 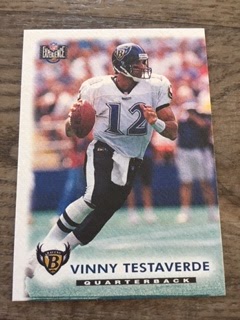 Vinny Testeverde in the Ravens old school logo, which I like better than their new one.  He played for 8 teams in 21 seasons. I best remember him for the Ravens/Jets.He was a Heisman Trophy winner and a two time Pro Bowler. 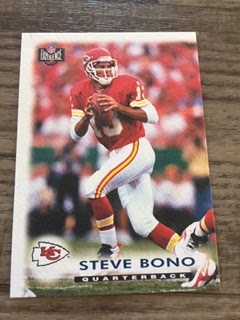 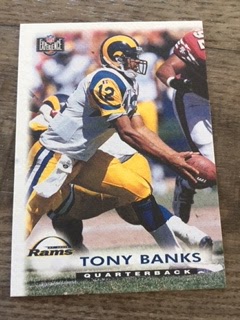 Tony Banks played for 5 teams in 9 seasons. Never quite lived up to the hype when 1996 collectors were seeking him out. Was a Super Bowl champ in Super Bowl 35 against my Giants during the time with the Ravens. 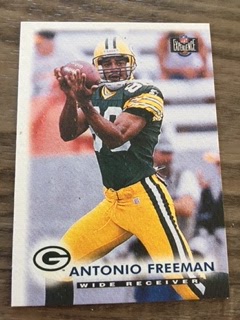 Antonio played for 4 teams in 9 seasons. He was a Super Bowl champ and a Pro Bowler once. He was best known to me for playing for the team pictured on this card. 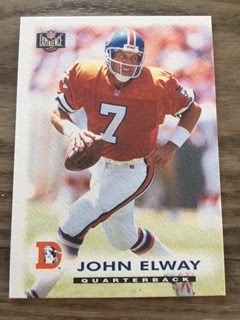 John Elway, what can I say other than being the big time of this pack. He was a two time Super Bowl Champion as a player, once as a GM. He was a Super Bowl MVP, played in 9 Pro Bowls, was NFL Man Of The Year 1992 along with even being on Tool Time with Tim Allen on Home Improvement once. 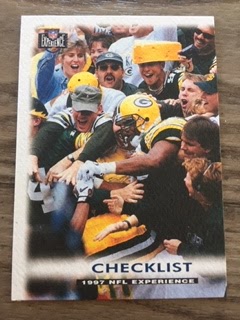 And a checklist. Great looking card that I be any Packers fan would want. I miss having checklists in packs of cards. So much easier to set build than having to search online and match things up.

Well that's it. Was my $3 found in value wise, not sure. But, memory wise, absolutely.