For the first time ever, this blogger got to get a taste of what high end hockey was about. I can say that I thoroughly enjoyed it. Read on to see why..

Before I start my review, here are many places you can find Panini America: Their official site, blog, Twitter, and Facebook. If you don't follow them you should! They interact with you on Twitter, have contests on their blog and Facebook and the site is also fun to visit! 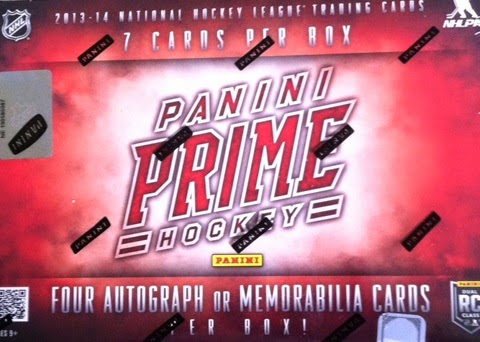 - See more at: http://www.dacardworld.com/sports-cards/2014-panini-elite-football-hobby-box#sthash.rIpKSdxT.dpuf
- One Rookie Quad Autograph
- One Memorabilia Card
- One Autograph Card
- Two Additional Autographs or Memorabilia Cards
- One Base Card
- One Additional Base Card or Parallel Card - See more at: http://www.dacardworld.com/sports-cards/2013-14-panini-prime-hobby-box#sthash.McyVltsq.dpuf

- See more at: http://www.dacardworld.com/sports-cards/2014-panini-elite-football-hobby-box#sthash.rIpKSdxT.dpufPRICE: You can find most boxes around $60 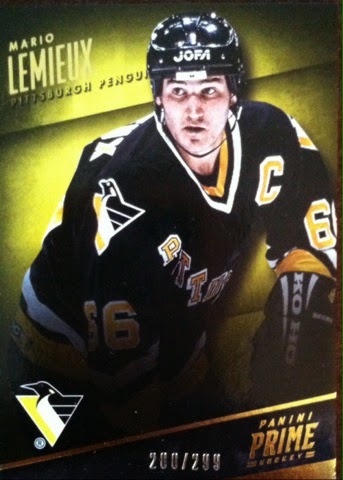 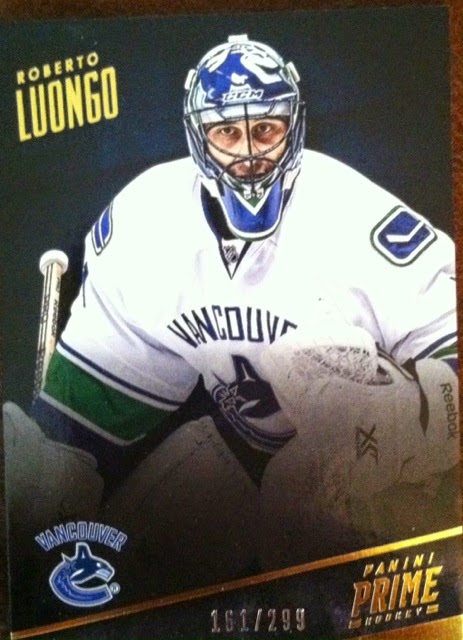 BASE CARDS: The base card design is simple. Picture of the player, name, team name and numbered to 299. I like how there is a "spotlight" appeal to the players face.
INSERTS:N/A in this box but look for parallel cards! 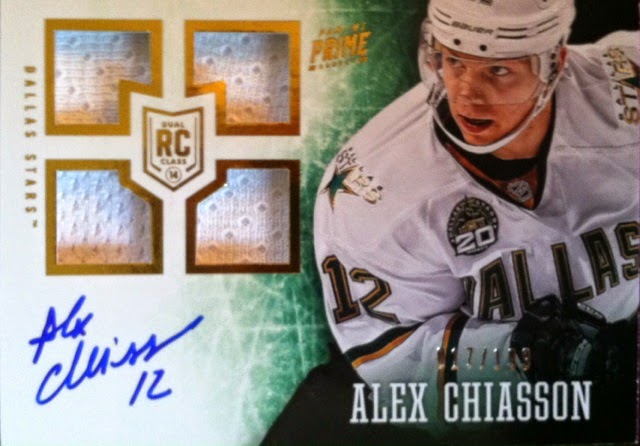 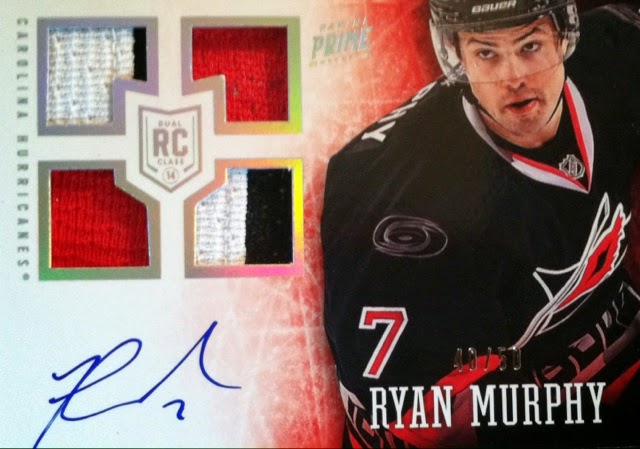 AUTOGRAPHED CARDS:This product is loaded! You get one of these on-card Rookie Quad autographs per pack. I lucked out and got two including a PRIME version of Ryan Murphy with four nice looking swatches. I like the layout of these as well. Nice balance. 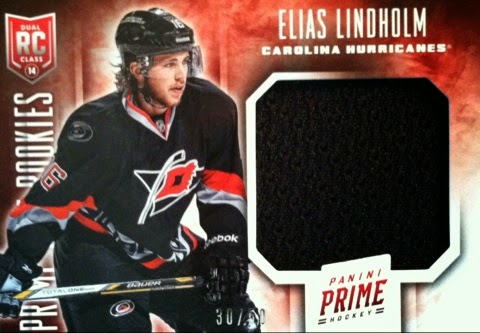 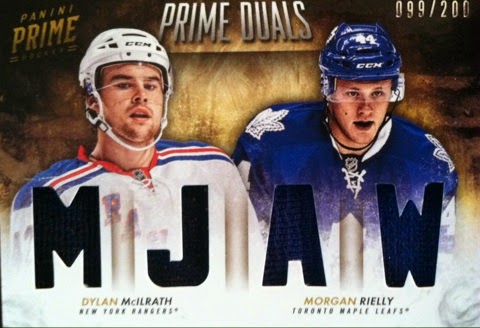 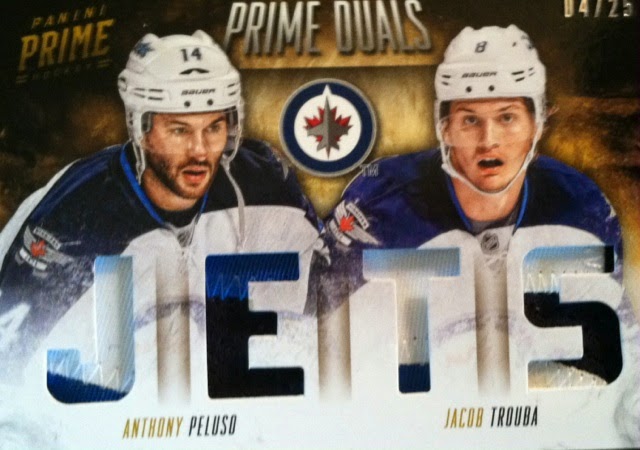 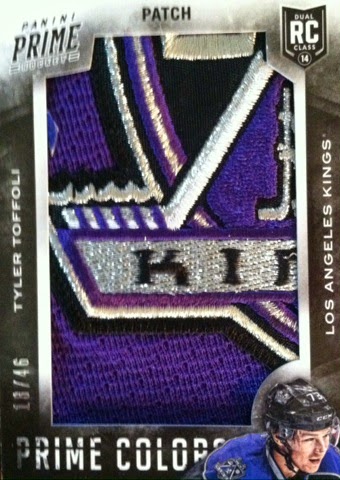 MEMORABILIA CARDS: Here to me is the bread and butter of the product, the memorabilia cards. They are PRIMED to be pulled. In most boxes, you would pull maybe two memorabilia cards, but like I beat the odds here as well pulling four. One of which is probably the most beautiful card I have ever held in the Tyler Toffoli Prime Colors. I have seen some incredible swatches from this memorabilia insert and this product is loaded with them. I think the design is done just right for those kinds of swatches as well.

I am also a fan of the Prime Duals. I have always enjoyed memorabilia being placed in letters.

OVERALL THOUGHTS: Was it worth $200? Hard to tell. But, I will tell you this, the outside of the box lies. There is much more to every box of Prime hockey then 7 cards and 4 hits. For the third time in this review, I will mention that this product is loaded. The packs are loaded and there are some treasures to be found. I have personally seen some amazing breaks and every box had more than what it stated.

I will also say, if I was going to buy a high end product, I would probably take a chance on this one. The Prime Colors patch alone is worth the chase.
at August 20, 2014