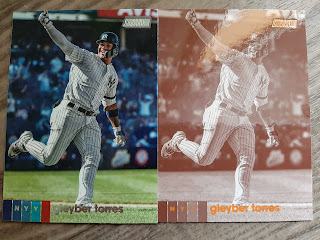 It's time to showcase my next player in my latest installment of that massive mail day from Sport Card Collector reader Grady M mail day. Today we feature who I consider the cornerstone future star of the Yankees in Gleyber Torres.

Gleyber's cards don't get a whole lot of respect or value in that matter, despite a kid who has put up decent numbers in his short career so far.

Yes, 2020 was a way down year for him but who didn't have a bit of an off year? Also the injury bug hit him some as well. But, his first two years in the league he put up 24 and 38 home runs respectively and I expect big things in 2021 barring no set backs from injuries or Covid getting in the way of a full season again.

I have collected Gleyber since his rookie year, mainly because he was the one guy I kept pulling so it only made sense.

I don't have an updated number on him yet, but hopefully soon I will have it ready on the blog. 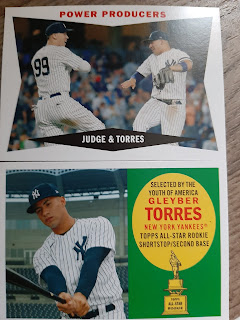 Power Producers with Judge and Torres. Both Players I collect so had to pick which one to give the card to and I chose Torres. 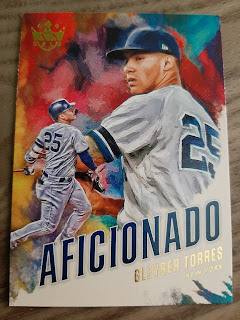 Aficionado from Diamond Kings. I don't care for their base design but these inserts and subsets are sharp. 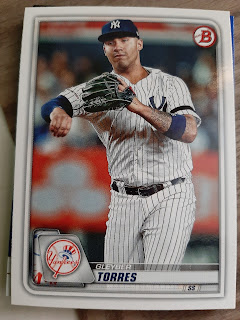 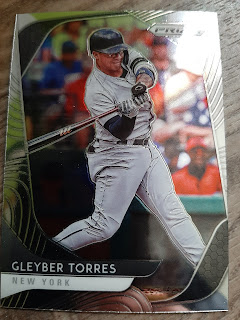 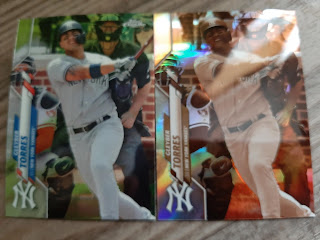 Me without coffee, me with coffee 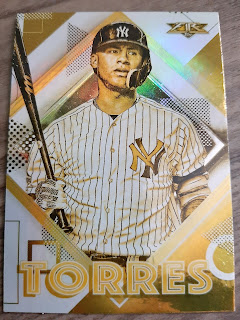 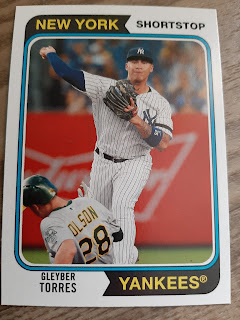 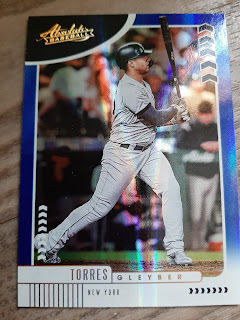 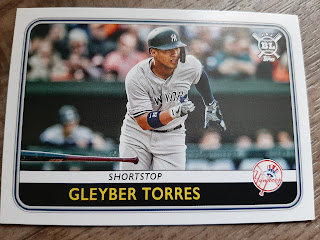 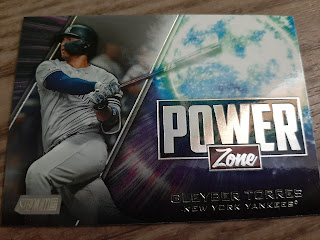 Power Zone is exactly what Gleyber has.

Only one more player to feature in this short series of mail days from my loaded box of goodies. The final player has the biggest amount of cards in my collection and if that doesn't give it away, it's Ken Griffey Jr. Sorry for the lack of surprise element there.