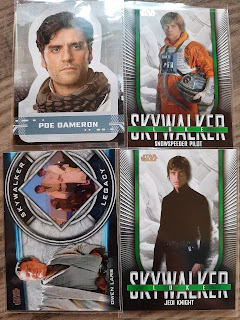 My search for Christmas related cards has been endless. I have been posting on Twitter, Facebook, Instagram, blogs and even on Trading Card Database to help me land some cards from my favorite holiday. I have had some fairly decent success, I actually had higher hopes, but I have landed some solid cards so far.

On Twitter, @Cardboardsushi saw my wants and messaged me that he had some help if I wanted to trade. Since I wasn't going to turn that down I jumped on it and we worked out a deal pretty fast.
Since it is not Christmas season yet, though I am a very early decorator, I am holding off on showing off my return from this trade until then. December 1st kicks off 25 Days of Cardmas on here where the first 25 days of that month will feature Christmas cards. It will be a new yearly tradition so if I don't get to show off all of my new acquisitions this year, I will over time.
Since our trade was more than just some Christmas cards, I will dive into the other part of it.
First up, he passed along a couple of freebie Collins cards. 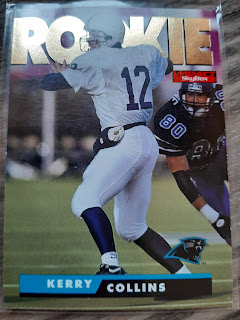 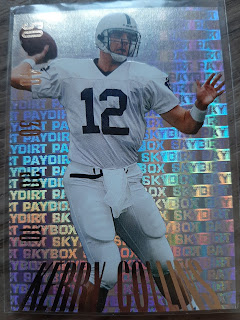 Both of these I have, but it's always nice to have better shaped ones to replace the ones that may not be as good. The Paydirt card I don't mind owning a ton of. It's one of the Top 15 favorite inserts of the 90's hence the set I built of it.
Also in our trade were some Star Wars cards. I can say I am a fan, but not a die hard one. I really enjoy the first three original movies which turned out to be Episodes 4-6 later on but I haven't seen any of the new stuff Disney has been flowing out. I worry it will ruin those three movies I like for some reason. Maybe some day I will take a chance and actually watch them. I don't have interest however to watch the spinoff ones as I don't care about backstories. 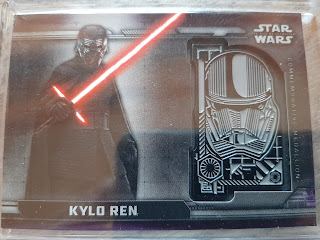 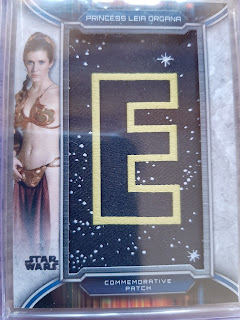 And a pretty sweet Princess Leia commemorative patch. I assume these must spell out her first name and I am digging it. Question becomes, should I chase the other letters down now?
Thanks to @Cardboardsushi for the trade. I hope we can do this again.
As for you guys, which one Star Wars movie was your favorite and why?
at November 10, 2020