Baseball season has officially ended, but that doesn't mean the baseball card season has. That never has an end date.

Swinging it's way into stores recently is the latest product from Onyx, which is Vintage Extended Edition. Which is basically an update or Series 2 to the Onyx Vintage. I reviewed the first series awhile back and had a blast, not too mention I also pulled a Gavin Lux auto.

So I couldn't wait until I got my hands onto this edition and today will show off how a two box break may look.

How did my break go? Well, you gotta read on to find out. 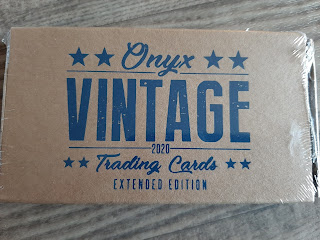 Every box, which feels like a pack, of Onyx Vintage Extended Edition comes with 4 cards. Two of those cards will be base and the other two will be autographs. On card autographs as well. Boxes of this product currently sit just under $40.

Before I show you how Box One went, I wanted to show you the back of the box and how the product is broken down. 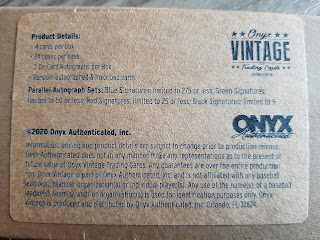 Now onto the box break. 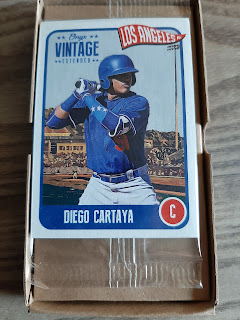 You open the box from the side and pull it out. Inside is a clear pack and this one shows Diego Caraya right on top. 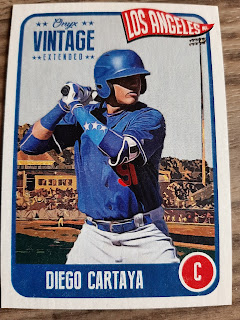 Here is a better look at the Cartaya. I think Onxy did a great job with the design and feel of these cards. 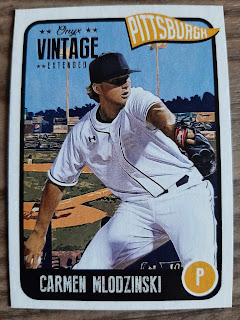 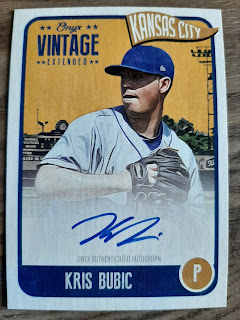 Kris Bubic went 1-6 in his time in the MLB this past season for the Royals. 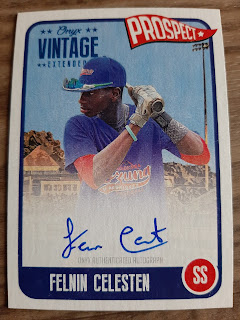 Felnin Celesten is an International Prospect who could be a stud when he reaches the majors.
There are also parallels to the autographs as well, but the base blue autographs like the ones I pulled are "numbered" to 275 copies. There are also Green Signatures (50 copies), Red Signatures (25 copies), Purple Signatures (10 copies), Black Signatures (5 copies), and Full Name/Inscription that are numbered.
So not too bad for the first box. I wonder what the second box will hold...(prays for Dominguez) 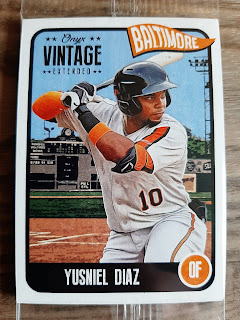 I pulled the pack out and Yusniel Diaz sat on top. 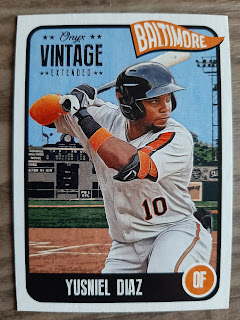 Closer look at it. 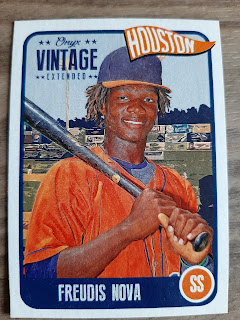 Next base card is this Freudis Nova
And now my two autographs... 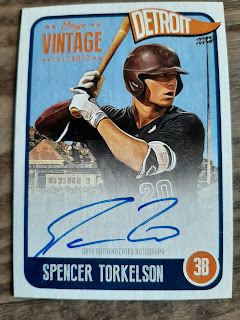 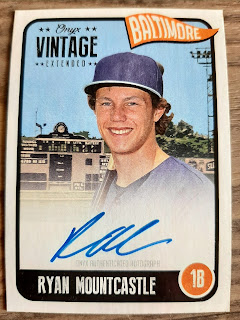 The second autograph was of 2015 first round draft pick Ryan Mountcastle of the Orioles.

Box number 2 was an obvious winner despite the lack of Dominguez for me.

Overall though, pretty solid breaks. I like the design and feel of the product and think with some of the big names on the checklist that this one is worth a gamble on if you are into collecting prospects.