First I completed the Psych base sets, second I chased down the autographs, then I shared my completion of all the chase sets and then we come to the final battle I had with Psych, the relic sets.

There was both a single, 1:24 pack pull relic and a dual 1:72 pull dual relic sets. The single relic set has twenty-two cards including an exclusive binder card and the dual relic had five cards to chase.

One by one I chased all summer trying to track these down and find good deals. Not all were easy to accomplish and with some help from a couple of trades I was finally able to knock them down. I had accomplished something I never thought I would. I had done the entire master set of Psych minus one card which is an overly priced exchange card I wasn't going to bother with.

Here are all the relics in all their glory. 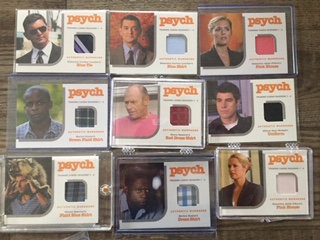 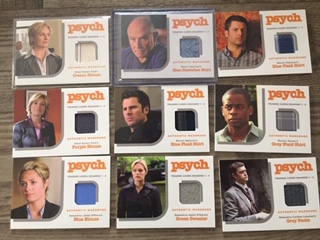 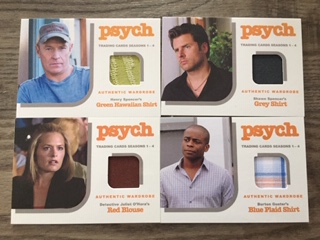 Dual relics, these were hard to find for some, 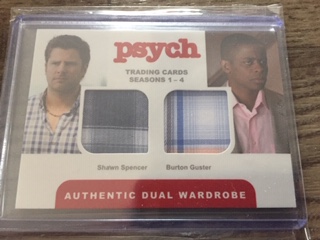 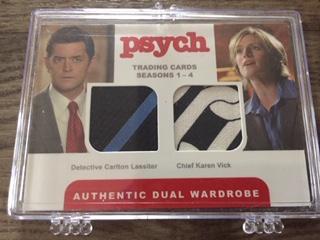 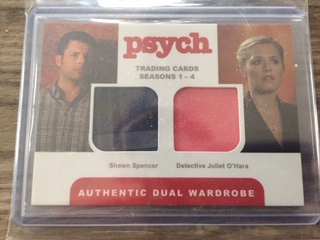 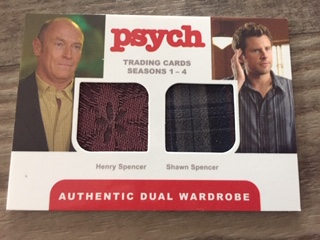 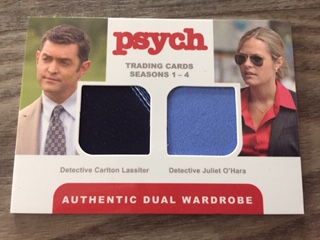 And there we have it.

I had been teasing a major project I had been working on Twitter since June and here I am to finally share the breaking news of it.

Now that I have accomplished this, I feel like I shouldn't leave my Ghostbusters one hanging. But, I haven't even begun thinking about going down that road and that one is much, much longer than this one was.

Now I gotta ask, have any of you ever completed a Master Set of a product?
at December 17, 2019