Just Before The Holidays

Today, yes I am actually posting a mail day that arrived on the day it did for once, I got two unsuspected packages-well one I partially knew about-just in time for the holidays. Both senders had greeted me with a Merry Christmas in their envelopes so thought I would get this up before Christmas ends.

First up, a surprise of a surprise Christmas mail day from @CrattyPatty25 who I just also pulled off a trade with. 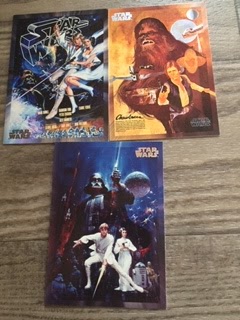 A few Star Wars cards I didn't have. Believe it or not, I haven't seen any of the new movies. I am still stuck on Episode 6. I just fear that I won't like them as my favorite movies are the originals, which turned out to be Episodes 4-6 but anyways that's where I stand with them. 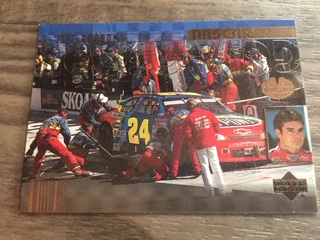 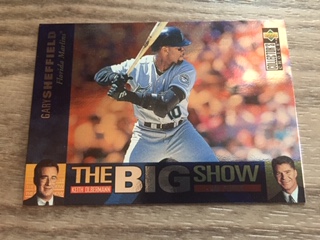 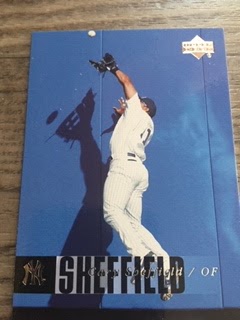 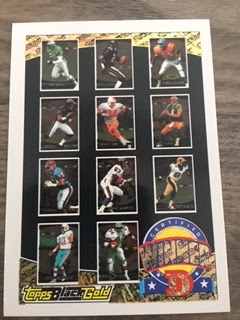 Black Gold football cards. I may actually need this exchange card for my Hampton collection. I will have to double check 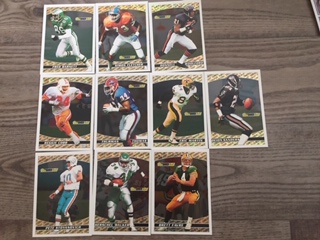 Some more from the set including Favre. I like the desing and sparkle 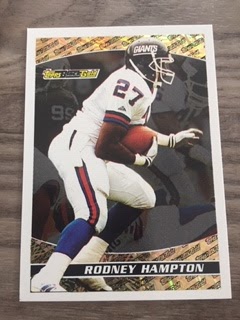 And my boy Rodney, that I do have. 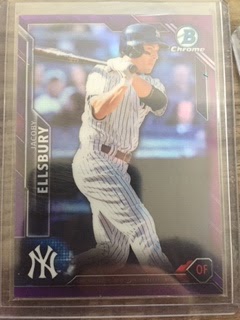 Jacoby Ellsbury who I just wished the Yanks would just cut. Too much money for a guy just to sit injured. One of their worst signings ever. 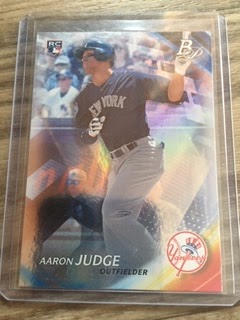 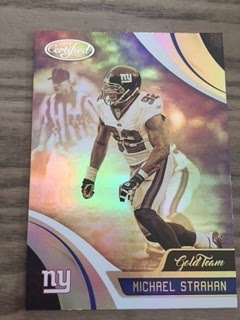 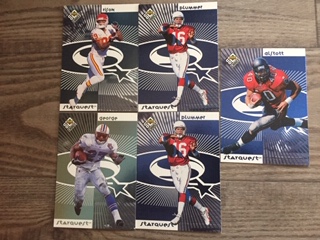 Star Quest cards. I remember chasing these and collecting them in the 90's. I can't repeat enough how much I miss those days. 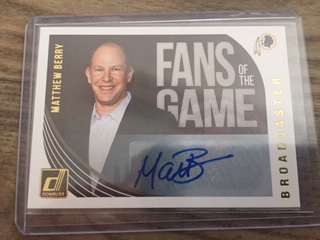 And the final card, yes I know it's the Redskins, is Matthew Berry who I like listening to as a Fantasy Football expert.

Thanks to Cratty for the mail day!

Next up, a partial surprise mail day, he mentioned he had sent me a few things yesterday, from @MetallicarlUCT on Twitter who I met through the giveaway Tweet from @ngtcollectibles awhile back. Really nice guy.

He noticed I had started a Kerry Collins PC started up and passed some along. 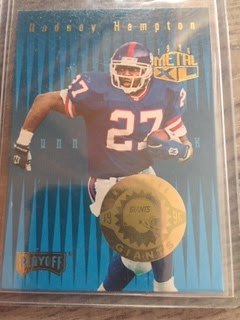 While also tossing in a Rodney Hampton card. I will have to double check on this one. 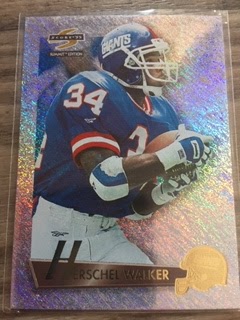 Same goes for this set help. I am creeping like a newborn towards this set. 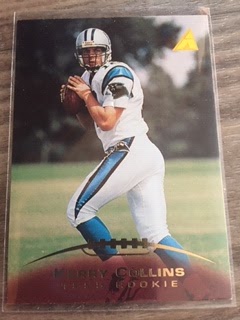 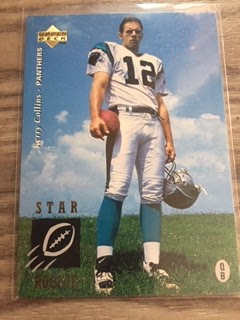 Upper Deck rookie! I wanted this one as it's one of the rookies I didn't have. Now I do. 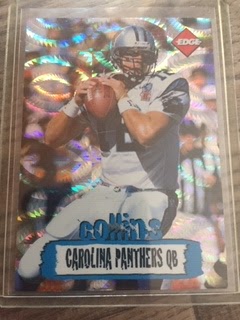 Big thanks goes out to @MetallicarlUCT for the cards! I hope you enjoy the return I sent you as well. It hit the mail box today.

It stills blows me away the amazing collectors I have met through the hobby especially via Twitter. If you aren't following either of these guys, strongly suggest it!
at December 23, 2019