I was hoping I wouldn't fall into the Prizm warp like every other collector has, but I did. I still fell into it. Everyone, I MEAN EVERYONE, on Twitter was buying up every single piece of retail Prizm they could and here I was sitting back watching the action.

That's until my wife went Black Friday shopping. She didn't get what she had wanted, which was one of those DVD tablets for our cousins because they had sold out, but on the way out of disappointment she found this hanger box for me. Luckily I don't have collectors nearby so there was plenty of hanger boxes and packs left. For now anyways. The blaster boxes did sell out. 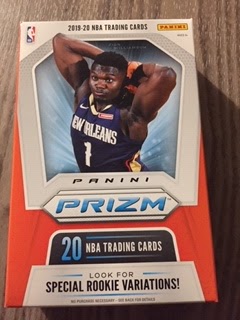 In every hanger box, there is 20 cards. 20. Along with 4 Orange Cracked Ice parallels. No guarantees other than that, but it was going to be a fun short $10 bust.

However, I didn't pull any good rookies. I pulled one or two and never heard of them as opposed to my father who bought a hanger pack and landed the Zion. Sigh. 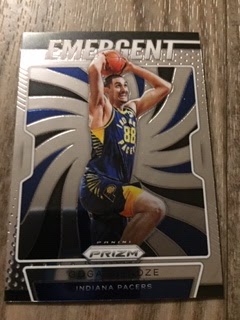 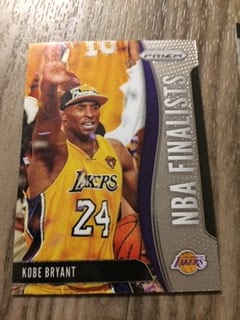 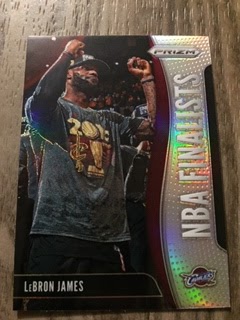 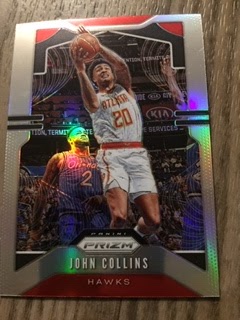 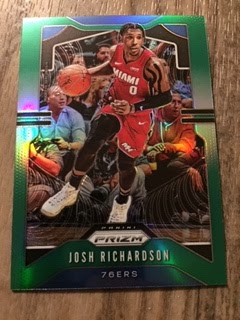 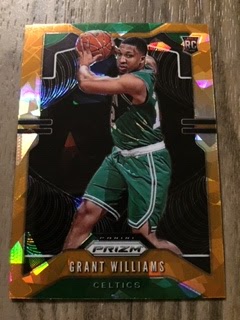 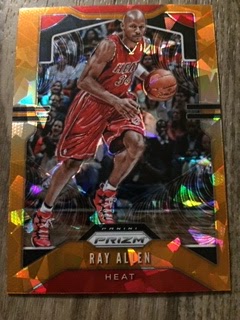 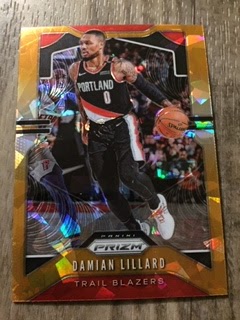 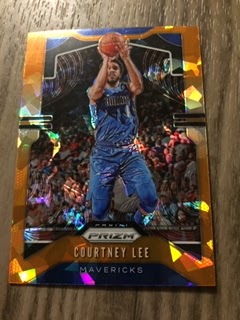 And to my surprise when I opened the pack, I could see a thicker card in the middle and saved that for last just hoping it was something special...... 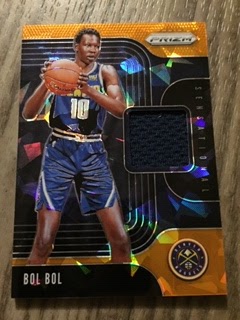 Well, not anyone or even a name I bet I can't announce properly but I really dig the design and the card looks spectacular in person. I will give it that.

Well, a surprise hit is always nice. Wished I could have gotten a decent rookie but I will take what I did get and it was fun. To me, fun is all that really matters. However, it left me wanting another and I am not sure when I will make it back to Walmart. It may be too late already.

I will throw in a tiny bit more of a tidbit of thoughts, but is it me or does it seem that Panini really flooded Prizm basketball retail out there this year? I mean my lousy Walmart had three flats, THREE flats full of it which is a ton compared to any other release. And doesn't it feel like a lot of collectors are hitting Zions and Zion Prizms? I worry it's going to drive this product down with so many being hit and the biggest thing about this product is it's value. Will it hold overtime with so much out there right now and are collectors like myself falling for the trap not really thinking about the long term on it. Time can only tell. But, right now, this product is the hottest thing out there.

So how about you guys? Did you bust any Prizm basketball? How did you do?
at December 01, 2019