Looking For A Stud

Long before Panini and Topps started tossing their jewels around, yeah I know that came out wrong, Action Packed put jewels, well diamond relics, into cards. 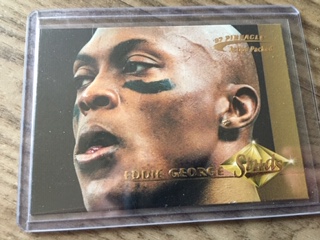 The insert line was called Studs and it was featured both in 1996 and 1997 Action Packed products. It featured NFL superstars who wore diamond stud earrings. 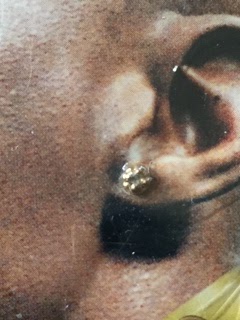 These were randomly inserted into hobby packs at a rate of one in 167 packs and features a genuine diamond chip in their earring stud. 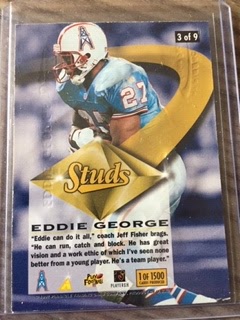 There was also only 1500 sets produced, which at the time made them extremely rare and I would say that continues true to today.

I had always longed to own a card from the set and recently found a couple of really cheap ones for the 1997 version on eBay. When I mean cheap, I am talking under $10.

After picking up the couple and got them in hand, I then began to get addicted and started to chase the nine card set.

One by one, I was chipping away, see what I did there and felt like stud for doing so. I mean, who goes back to 1997 and collects such a hard set instead of prospecting? Well, I do.
Let's check out the gallery, shall we? 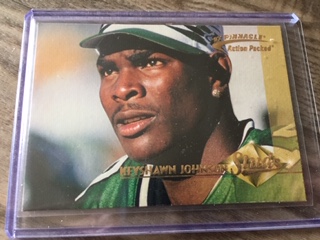 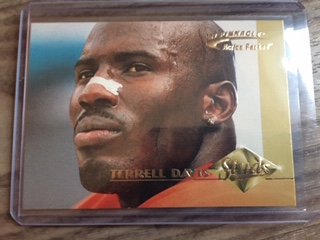 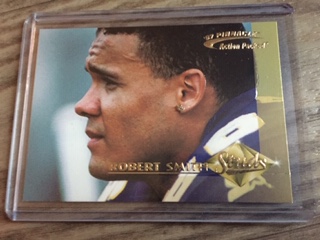 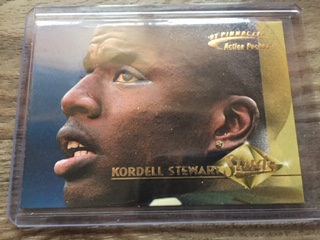 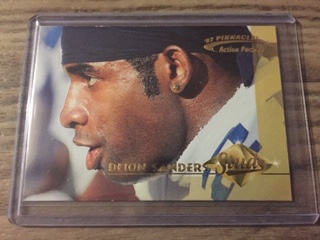 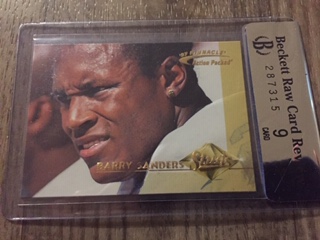 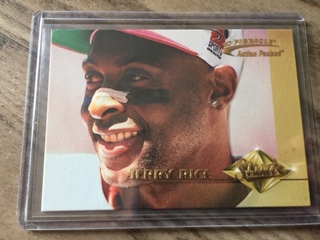 But, if you have been counting along, I have only 8 of the 9 in the set. The ninth, is Emmitt Smith. There are only two on eBay that I can find and both are $60+ and the cheaper of the two is not in great condition. The more expensive one is graded and costs over $100. Not cash I have.

I am not sure if this is the end of the set, I don't like leaving things open like this. But, if that's it and if it's where I have to settle, I will. But, it doesn't mean I won't keep an eye out on a cheaper one. Someday I think these will dry up and won't be found at all. If you look now, you won't find some of the ones I even hav.

I must say though, I am pretty proud of how far I have come with this set and even have one towards the 1996 set with a friend picking it up for me, even though technically that was done by mistake as they were going to grab the 1997 version but I will take it. I will be sure to show that one off soon as well.