$25 A Week Challenge: A Giant Pick Up

Well I hope you guys have enjoyed this new segment towards the end of the year, I hope it can continue through next year as well!

With so much disappointment in this team in 2019, I have been able to grab some cheap cards of some of their top players as prices have dipped some.

Today's lot I felt I got for an absolute steal. Of course I got it from a seller who didn't have many transactions with less than 20 which is totally against my normal. I usually go for buyers over 100 and they have to be at least 98% rating as well. I don't want to be ripped off and haven't been yet because of my rule. But, I have also missed out on some deals.

This lot was originally listed as a Saquon Barkley lot but it had a few nice bonuses in it that were the deal makers for me. 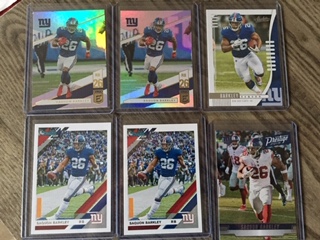 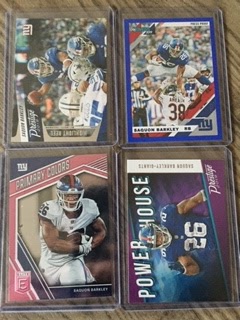 However these are all new to me and includes a blue press proof parallel. 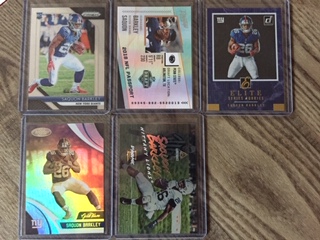 Saquon rookies. Prizm is the hottest rookie card out there for base card rookies so can't go wrong with another one of Saquon. The Luminance and Passport ones I didn't have. 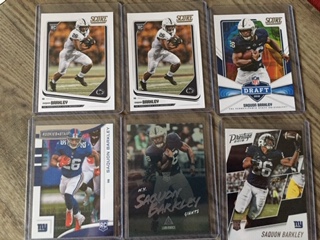 More Saquon rookies. I have most. 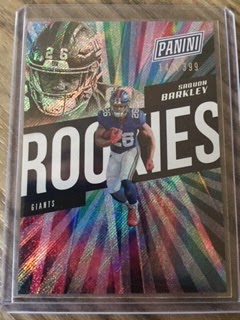 But not this rookie numbered to 399. 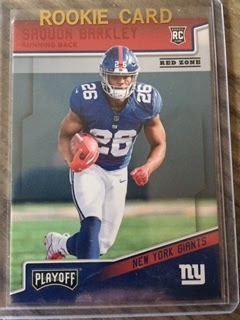 Or this Playoff Red Zone parallel 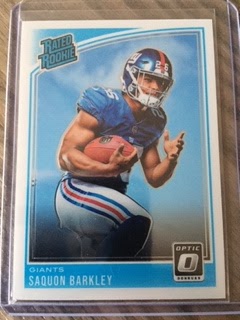 Or even this Optic rookie. 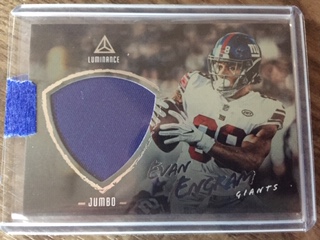 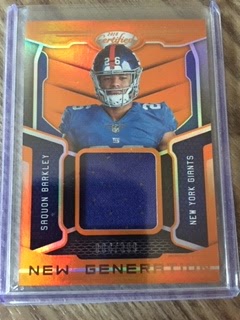 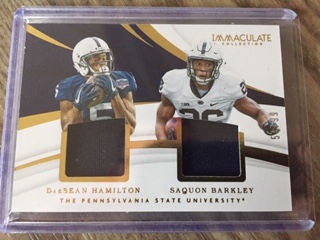 Whaaaa DeSean Hamilton (whoever that is) and Saquon Barkely dual relic from Immaculate. Can you imagine how much this must have been last year? 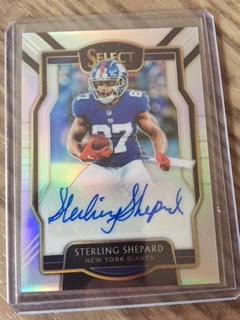 This one was interesting. Sterling Shepard auto? Sterling usually signs his name S.Shepard but I noticed that some of the Select autographs from this year were full names. Just kind of curious to me whether these are real or not. 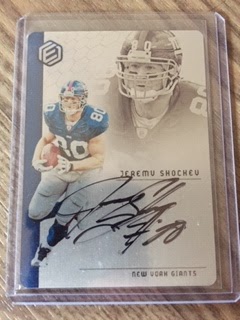