One of my biggest pulls back in the 90's was from 1996 Pinnacle Zenith Football. I will always remember it as I opened the pack at a card show in front of many others ooogling over it. Ah, card shows, those sure were the days.

To get back on topic before I go into deep reminiscing, in 1:72 packs, or 1:3 boxes, were Zenith Z-Team cards. And believe it or not, I pulled one. And not just anyone off from the checklist, it was one of the greastest running backs of all-time-that I despise. 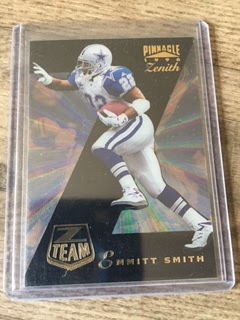 Mr. Emmitt Smith. This card was HOT. I had my friends uncle immediately offer me cash for it and a trade. Another as well wanted it willing to give up a few autographed Giants cards for it. But, I stood my ground and said no. I wanted this one to keep.

And keep I did.....til I moved out and my father sold it from under me.

It took me nearly 20 years to find another copy as most listed were the sample cards handed out, I didn't want those. I wanted a real one and finally found one. I kinda probably overpaid for it because the search was so long, but it felt worth it. I picked that one up a couple of years ago.

Since then, I have been on and off about collecting the set since I had one of the big pieces down.

Over the summer, I started to find a few deals here and there on some and it rocketed me to wanting to complete the set.

I am more than half way there, but am kinda at a standstill right now. I have 10 out of 18 cards in the set but noticed there hasn't been a listing for the Carl Pickens card for some time and that may delay me from wanting to complete it since I can't completely complete it.

Even though I am at a standstill, I wanted to show off how far I have gotten so far including some other big guys on the checklist. 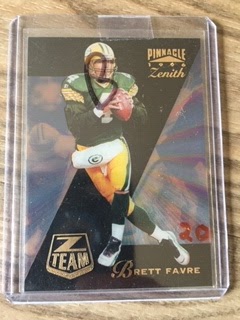 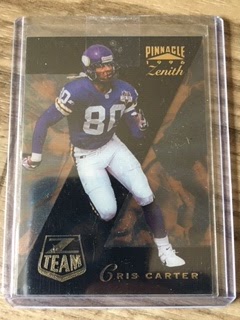 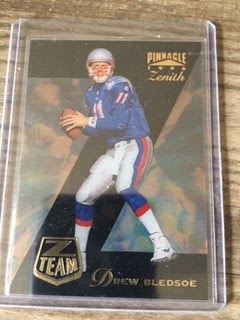 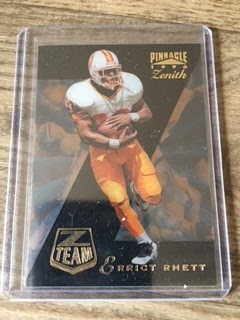 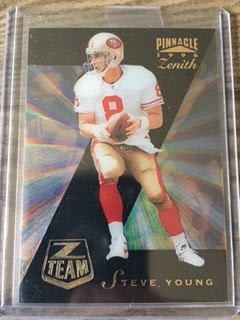 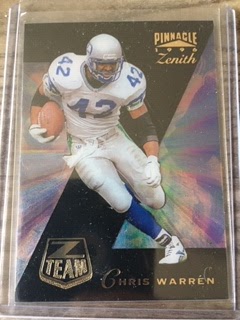 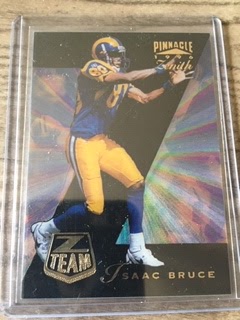 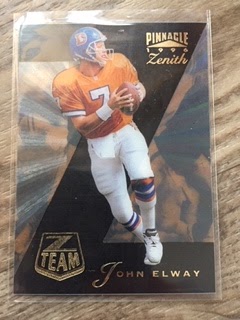 I have also seen that someone else completed my dream on this and listed a complete set of Z-Teams on eBay. Someone has also listed 1995 Score Red Siege and 1995 Summit  Ground Zeros sets as well which are big time ones I have been chasing for a couple years now.

This is a working progress like a lot of my other sets on here. Hopefully someday I will be able to close the gap on a lot of these sets. It's all apart of the hobby fun as I always say.
at December 26, 2019