A few weeks ago, I showed off a pack of 1998 Playoff Momentum from one of my $25 A Week Challenge pickups and mentioned in that post how I would be breaking it on here. Well, that time has finally come.

I am obviously hoping for a Peyton Manning or Randy Moss, but with only four cards per pack that becomes a challenge. But, I accept the challenge. 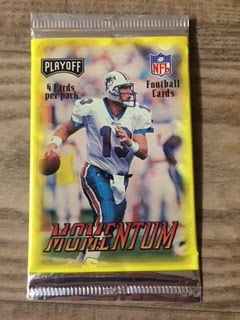 There are only four cards per pack and I only paid $3. It was worth it regardless of what I pull.

The base cards have an embossed football feel to them. Kinda fun. Mainly player focused base cards with some action photography to them. 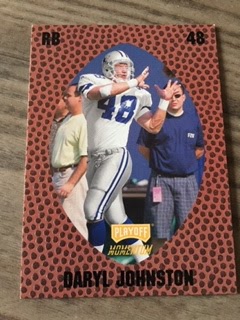 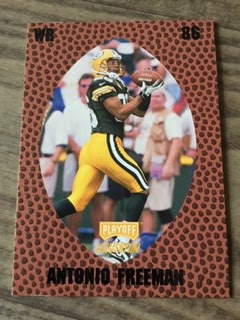 Antonio Freeman. Such an underrated WR. 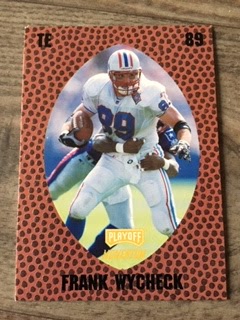 Frank Wycheck. Who can forget his lateral pass in the playoffs on the game ending kickoff return against the Bills that led to the Kevin Dyson game winning TD in the Music City Miracle. 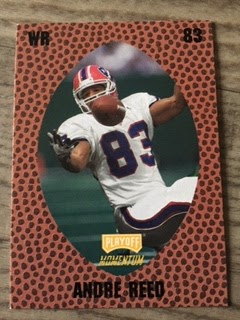 Andre Reed is another guy who didn't get enough credit for what he did in his career.

Not a bad pack in my opinion and the point of it was to be nostalgic and it hit that spot. I have thought about picking up another one down the road if I find it cheap enough again.
at December 11, 2019