Best Nachos I Ever Had!

There has been a lot of generosity throughout this holiday season and it's been great to view. I have seen other collectors support each other, I have supported some and I have received some. One of those guys was Nachos Grande Blog who took down all commenters want lists and did his best to help.

He took down the fact I collect non sport, don't think there are many bloggers that do, and sent me some goodies. First up, some cool Allen And Ginter I didn't have including Bruce Lee and Tony Hawk base. 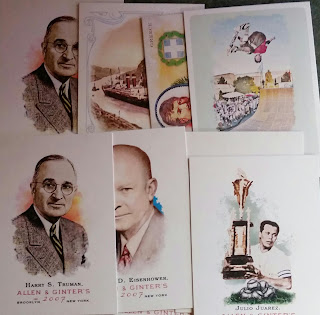 Then we got political. No we didn't discuss politics, that always goes ugly, but instead he sent me some. 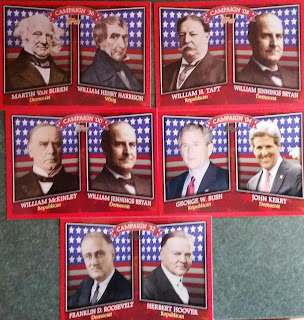 And finally some more. I am a huge fan of these 2008 ones. I believe I am closing in on the set. May be missing only a couple. 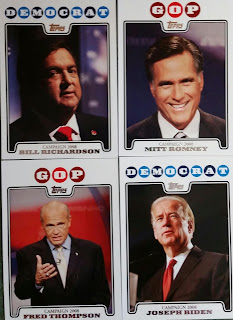 Awesome Celebrity Predictor from 2010 Upper Deck. I have a few of these but not this one of Enrique and Anna. 16 years strong. 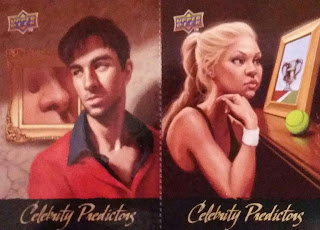 And to end it, two packs of cards. One was a Tristar TNA and the other is Yo! MTV Raps. both I am saving for my new series in 2018 called Rainy Day Wax. 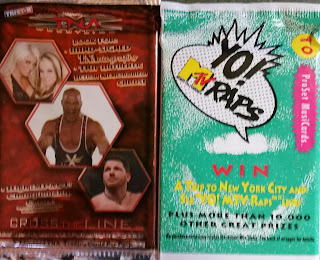 A big thanks goes out to Nachos for the mail day and the generosity. I enjoyed every bit of it.
at December 30, 2017