Finding football cards in retail outlets is like finding that onion ring in your Burger King fries order, it doesn't happen very often. But, it can.

I have been fortunate on and off to be able to open some of the newer products because of my father and some trading. But, believe me, I am not or will not give up my soul to get something to rip. Even though sometimes it is very tempting.
Today, I am ripping one of the latest football releases in Prizm Draft. I am not an overly huge fan of college football products, but I like to chase the top rookie cards so I will take it for that reason alone. And the Giants drafted a first round WR I am collecting cards of as well. 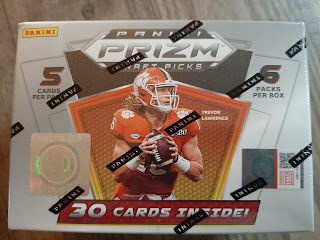 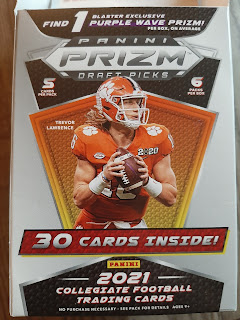 Every 2021 Prizm Draft football blaster box only comes with 30 cards which is 6 packs of 5 cards. There are no hit guarantees and only thing you can find is a Purple Wave refractor which falls one-per-blaster. Blasters cost $20 per unless you buy from a flipper, then it's $40. 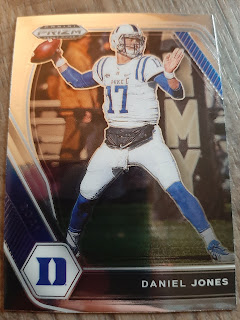 Daniel Jones! This was my only NY Giants base card in my break. 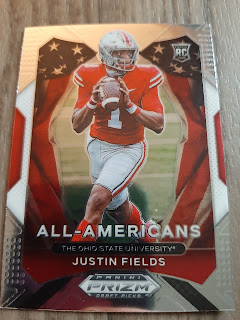 Justin Fields All-American, this was the best base rookie (yes I know it's a subset so technically not rookie) I found. 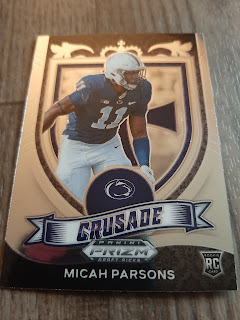 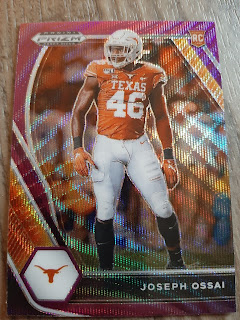 This was my purple wave find. Not anyone I know but I do know some Texas fans I can probably trade this to. 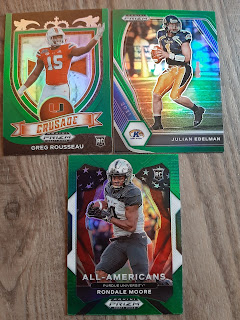 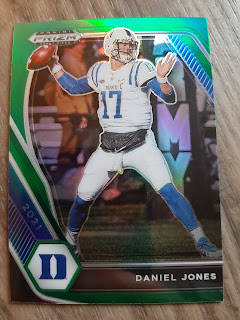 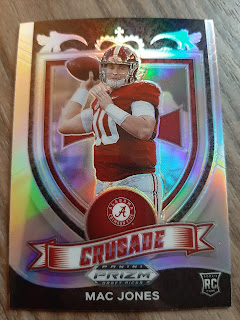 And finally, probably the "best pull" of the box was this Mac Jones Crusade Silver. I believe this guy will be the best QB of this draft. He is by far on the best team and situation out of the rookie QB's. Not that I want any Patriot QB succeeding.
That's it for this break. I won't complain too much with some Daniel Jones cards and the Mac Jones.
at July 30, 2021 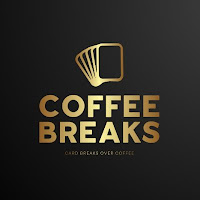 SAVE $10 OFF YOUR BREAKS BY USING CODE COFFEEBLOG