BLOGGERS NOTE: This is a new segment. One thing about my Breakin Wax series was that it was supposed to be a quick breakdown of a box break but instead turned into a full review every time. Yes, I do have reviews but those are specifically for newer releases. So to separate confusion, Nuttin But The Hits will literally be what it says. It's still enjoyable and gets everyone straight to what they wanna see.

My Young Gun finds:
Like my usual Young Gun pulls, nothing too big here. 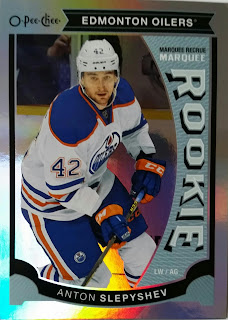 My Canvas pulls weren't great so I didn't bother posting those this time same as my UD Portraits. Not sure if in the future of this segment if I will post all of my hits or just key ones.

My jersey card wasn't that great either. I have never pulled anyone big on these. However, I set my new best on a Series 1 and 2 best pull on the next card.... 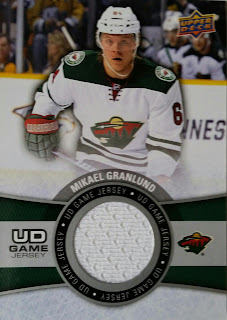 This O-Pee-Chee Update Rookie Black Border #'d 51/100 of hot rookie Jack Eichel. Sharp looking card all around with the throwback design and touch of rainbow foil. Of course as everyone knows, I like shiny things. 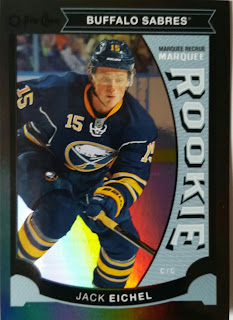 Overall, not a horrible break with Eichel saving it in terms of hits. But, with the Young Guns you just never know which rookie will up their game later on. That has happened to me before.

This has always been a product I never mind digging into more than once.

What are your thoughts on this years Upper Deck Series 2? What was your best hit of all time from the product?
at April 05, 2016