Having grown up in the 90's I got to watch some amazing basketball players. Michael Jordan, Karl Malone, Patrick Ewing, John Starks(yes I threw in my favorite), Tim Duncan and of course, Kobe Bryant to name a few. Other than Duncan, most of these guys have retired and today is the last time any of us will see Kobe Bryant on the court.

I still put MJ ahead of Kobe if I had the choice, but you cannot say that Kobe didn't leave a name for himself on the court. His accomplishments alone set him up to the top with some of the games greatest. He was a two-time Finals MVP, was an All-Star 18 times, was named first-team All-NBA 11 times, won 5 NBA titles and even had an 81-point game on Jan. 22, 2006, against the Raptors. The guy has had an incredible NBA career.

So to send him off, here is a short gallery of some of my favorite Kobe Bryant cards I found going through blog pictures. 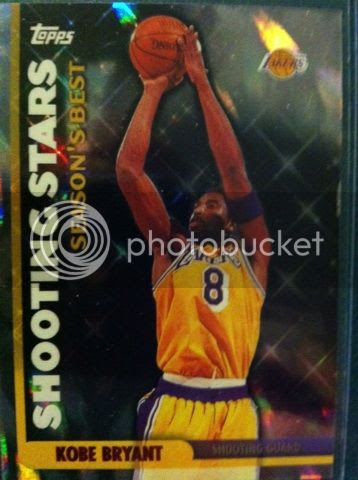 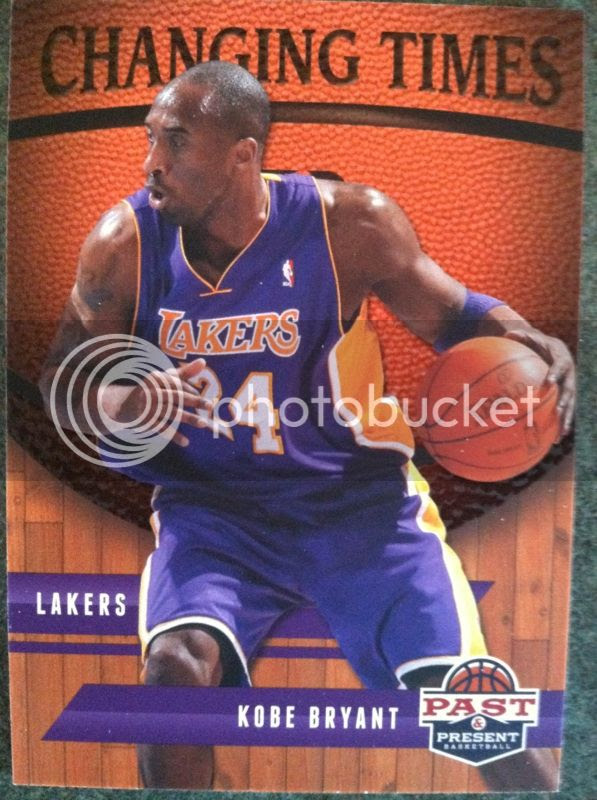 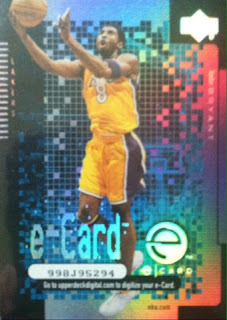 These last two are rookies. I also have the Sp rookie card but didn't have time for that picture. Most of these including the Sp I found under $5 for this sure fire Hall Of Famer. I bet that won't be the case today or after tonight. 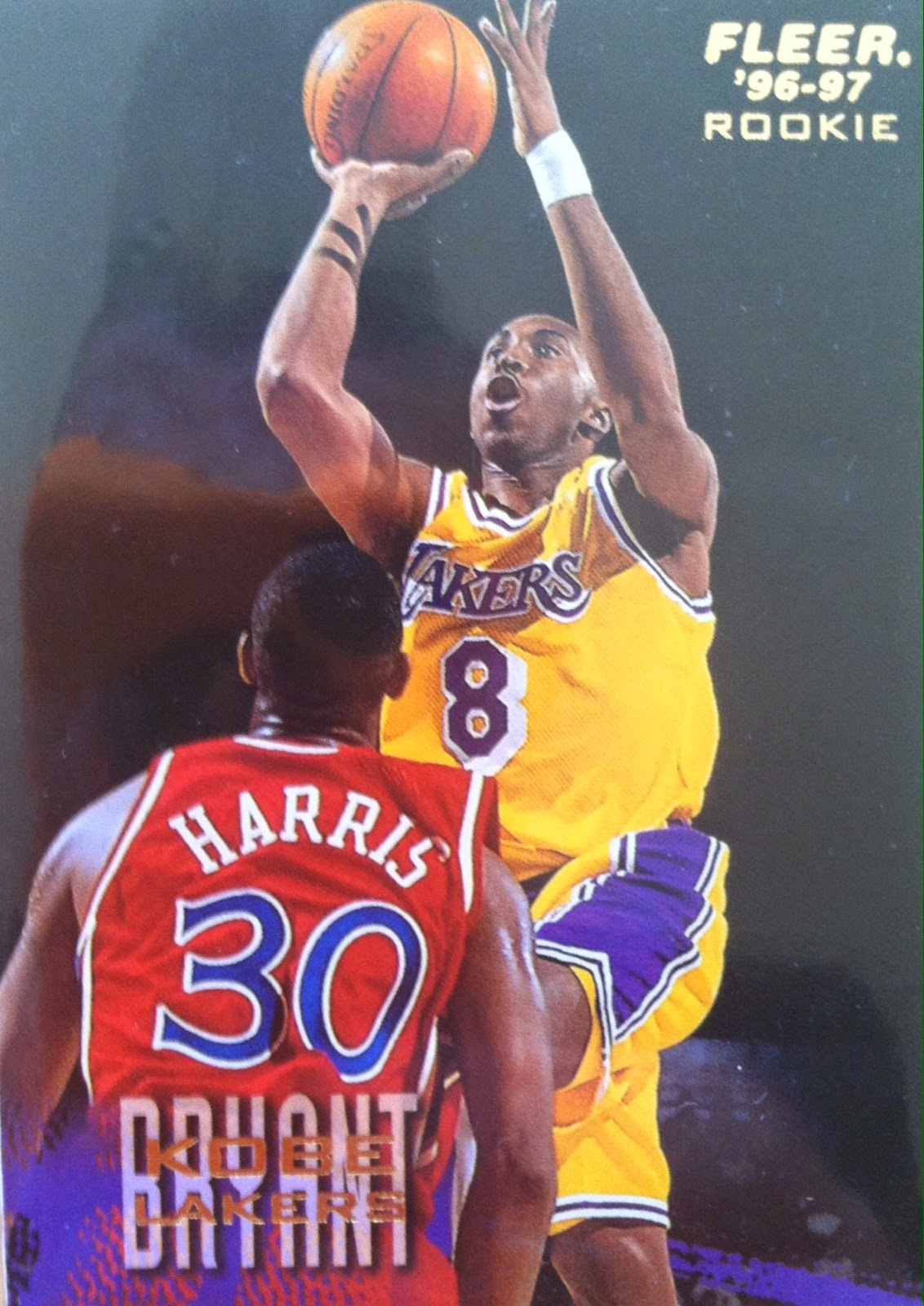 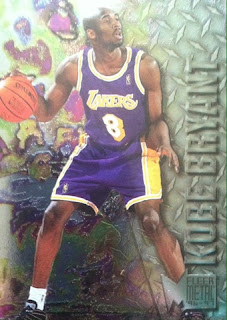 So congrats to Kobe on an amazing 20-year career and good luck on your future endeavors. And please leave your best of the season on the court tonight against the Jazz.

Alright readers, what was your favorite Kobe moment?
at April 13, 2016