A Hitless Product Could Survive

Back in 2014, I wrote a piece asking if Upper Deck's Series 1 And 2 Hockey is the Ideal Product, and broke down why I thought it was. After busting yesterday's 2015-2016 Series 2 box, I can also tell you, Upper Deck has built this product so well, that it would even survive as a hitless product.


Not since the 90's has a product made such an impact on the hobby with such little "hits" as Upper Deck's flagship hockey product. Collectors are buying this left and right and even through the e-pack system chasing their favorite players and the most sought after non-autographed rookie cards on the market, Young Guns.


I think this product has such a solid foundation, that if Upper Deck decided, "hey, let's make the hits even tougher to pull or let's get rid of them all together" that this product would easily survive. It's not the main focus here and collectors who have opened this product in the past I am sure strongly agree.


Here is why I think this product would work.

The base cards are a great starter. They capture incredible scenes and sometimes heartwarming moments like no other product on cardboard. There is also a big checklist which makes set and team collectors happy. 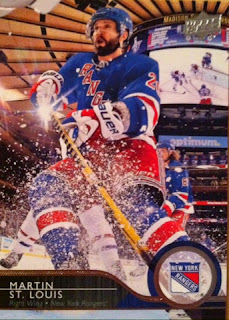 The Young Guns hold/increase value despite not being signed or numbered. It's the nice checklist and limited amount of these per box that have collectors chasing them down as the top rookie cards of their favorite players. It's been this way for years. However, the value and want of these would drastically change if they were per pack so I am glad that Upper Deck did it this way instead.

Also challenges us set collectors to chase them down. As we all know, it's all about the chase! 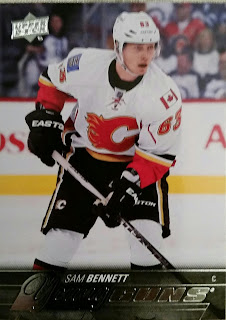 Even the simplest parallels are collectible/valuable in this product. There is usually only one per box and they are numbered to 100 or less. None of this 25 parallels per box stuff like some companies pile on. Upper Deck keeps it simple and worthwhile. 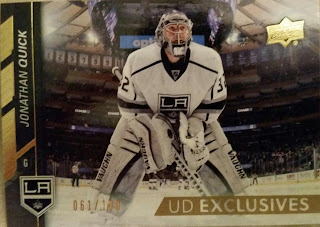 Sharp looking inserts that don't fall per pack help too. I know a few collectors who poured their hearts out into putting this particular insert set together. And this is just one of a few inserts you can find as Upper Deck adds new ones every year. Canvas cards shown below are unique and the Young Gun versions are tough-valuable pulls. Another, win-win. 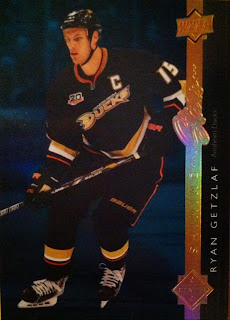 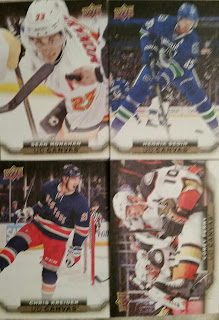 The final and most important part of why I believe this product would work as a hitless one, the price of the product is very reasonable for both young and old collectors. All I can say is if you pay $3.99 per pack and pull one of the key Young Guns in a pack or two, I am pretty sure you will celebrating and it doesn't even need a swatch of jersey or be signed to bring such excitement. Even if you don't, you will still feel like a winner with what you do get I feel.

There is currently one jersey card in every box and I think it works right now and adds value when it comes to the top tier players, but I still think it's not needed here. I find myself immersed so deeply in the other aspects I sometimes forget you pull one per box until I stumble upon it. As for the autographs, since I have never pulled one with the astronomical odds, I already know I wouldn't miss that aspect. 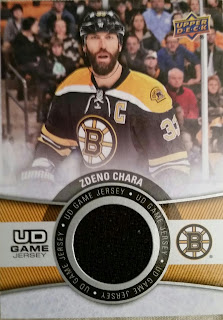 There you have it on why I think this product would be set without hits. Upper Deck has built a great product from the bottom up without many hits already, I think removing what's there for hits wouldn't change the outlook on how collectors feel about it.
So what do you guys think? Do you agree with me? Would this product survive without all of the bells and whistles of hits? What other products do you think would/could survive? Or do you think every collector is so set on hits that it would be silly to take them out at this point?
at April 06, 2016