The title of this post is very creative I must say. 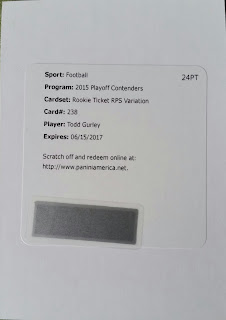 Two, I redeemed it.

Three, I am way behind on posting it due to some changes I made on the blog . So this is the little story you

Four, when it comes to redemptions, I will say this card arrived very quickly to me as it was within three weeks after redeeming. 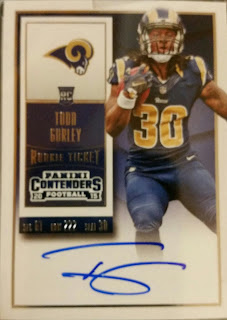 By far my nicest card from Contenders after 18 years of buying it. I wished Todd would work on his signature a bit more but overall I am not complaining.

Speaking of complaining, I know a lot of that is usually about redemptions, so I gotta ask, what was your fastest redemption turnaround?
at April 08, 2016