Here is the second part of my two-part mail day from Jaybarkerfan's Junk blog. Words cannot express how great and generous of a guy Wes is. I was blown away by my mail day.

Today's portion of the epic mail day is all about the hits. An explosion of them with a good focus on my G-Men among other fun items.

Sweet looking Sinorice Moss jersey card with the huge Giants logo in the background and I was an even bigger fan of the Rookie Retro threads of Jessie Palmer. 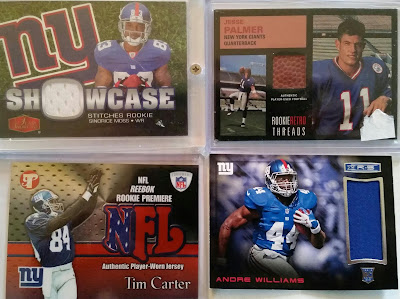 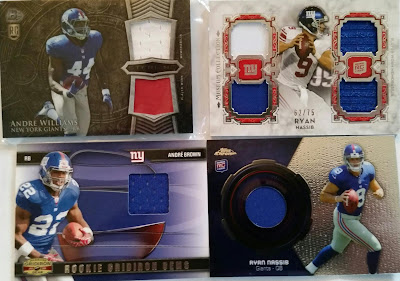 Some "older" jersey cards back when most were numbered. I felt they were more significant that way. Now they are never ending by the millions and most aren't numbered. The Tim Carter is the X's parallel numbered to 25. 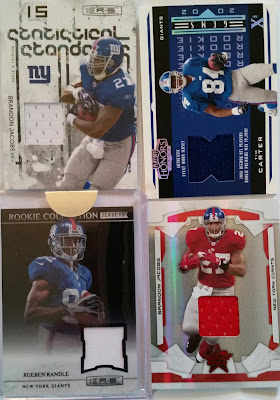 Up next are a couple of non-main-sport autographs and loaded basketball autograph gallery. I like these because they were late 90's early 2000's. 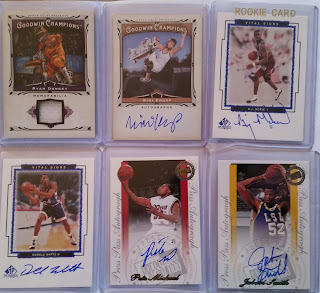 The Rasual Butler is from Fleer Authentix which embedded a "ticket" into their rookie cards. I thought it was a really cool concept so was glad to add my first basketball version like this. 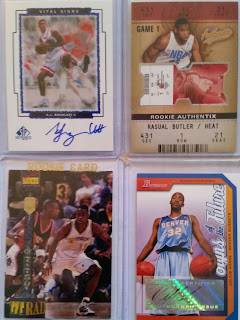 And to end the mail day, a 90's relic from a player I enjoyed watching from Duke. I wished they had a logo, but the design looks nice either way. 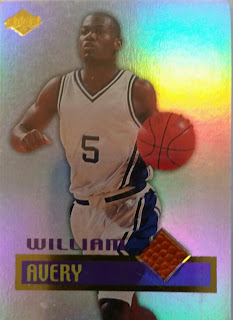 Overall, like I said, I am blown away. Thanks again so much Wes and I hope you enjoyed what I mailed you as well.