Even though a lot of my trades have cut way back this year, mostly due to funding because of new job circumstances, there has been one consistent trader I have had and have posted plenty from. That trader, blog reader, Oren.
We have traded so much this year that I feel we have been trading forever, but it really hasn't been that long.
But, his returns to my blind trade sends are always spot on. 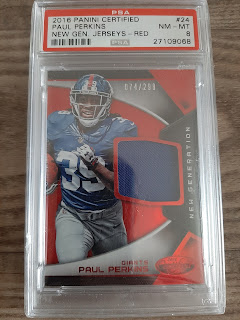 Check out this graded Paul Perkins relic card. This is the first, yes FIRST, graded relic card in my Giants collection. 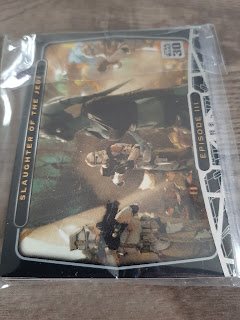 Next, a stack of Star Wars cards.
And then, I get hit with Ginter. I got hit with so much Allen Ginter I couldn't even post it all, but I did post a few key ones. 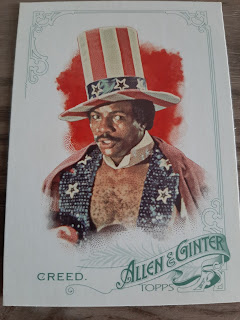 Carl Weathers who played Creed in the Rocky movies. This goes great with my Balboa and Hulk ones he already sent from the movie. 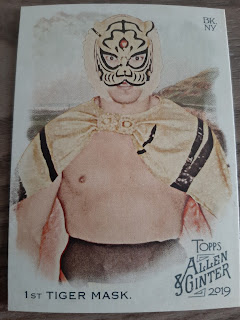 I had a 1st Tiger Mask mini, but not base. 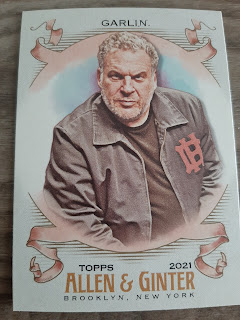 Murray Goldberg people!! I don't mind adding more and more of these, still want the autograph and relic card of him as well. 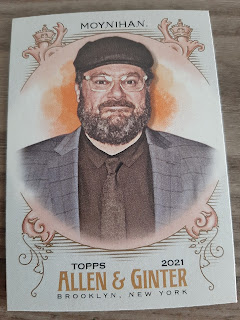 Bobby Moynihan has been on SNL, movies, TV and as a voice actor as well. 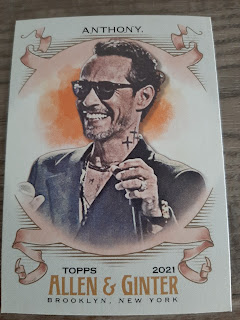 FINALLY! one of the cards I wanted most from Ginter, the rookie card of Marc Anthony! If you have more of this card, I NEED TO KNOW ;) 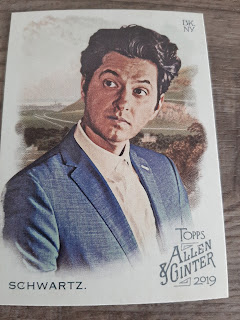 Parks and Rec...I still need to check out that show that features Mr.Scwartz 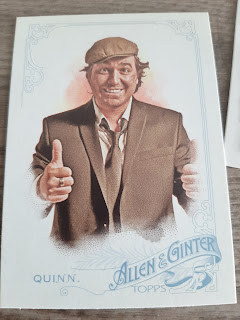 My second Impractical Jokers card of the four. I now have Murray and Q. Still need to chase down Sal and Joe. I love that show. 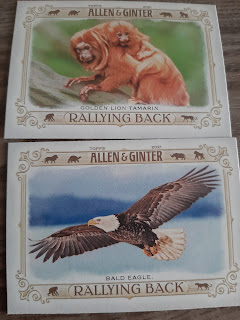 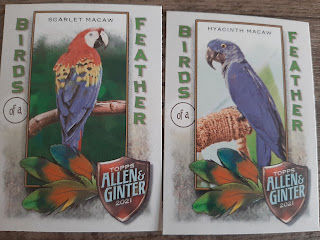 and now some minis, 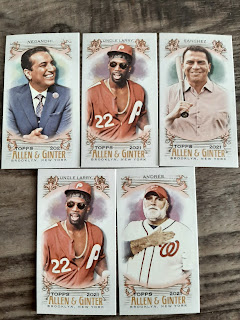 I wanted a Kevin Negandhi card, glad to have the mini version at least now 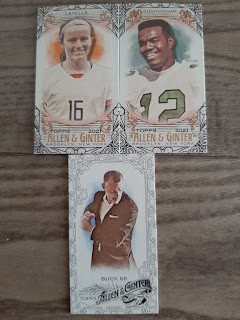 A few others.
And now some fun surprises! 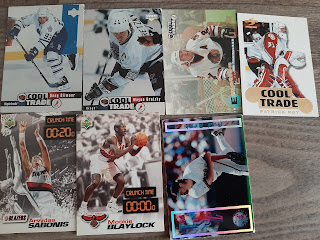 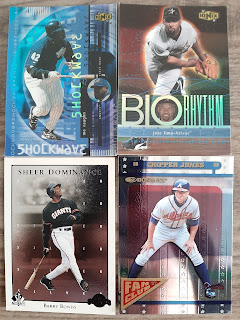 Oren tossed in all of these 90's cards. Some have some not great conditioning as he told in a note he sent, but I still enjoy them.
Thanks again to Oren for another great trade and I look forward to our next.
Question of the day, which cards have you sought out in 2021 Ginter?
at September 10, 2021