Prestige is one of my yearly buys. I must get my hands onto some for the new rookie class. It's been a staple in my collecting for many years. So when 2015 released, it should come to no surprise that I needed a box.

Speaking of box, sorry for no box pic. I forgot to take one. So I will just give you the breakdown.

Every box also comes with a beautiful box topper, I got a great one to kick off my box. 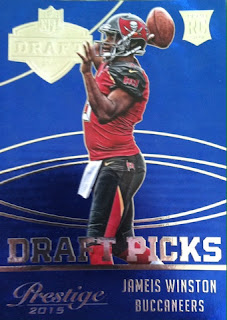 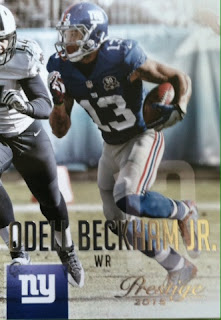 Photos have been updated as well putting players who changed teams in the offseason in their new uni's. Another plus. My best rookies of my break. You will find one rookie card per pack. 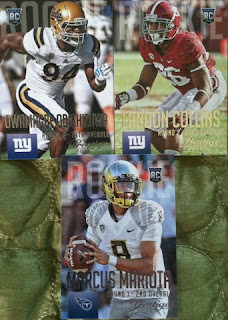 Variations this year are an improvement as well and I like how Panini did them. Instead of the usual left pose or right pose or draft day photos, these are easy to define. The rookie cards are college unis and the Sp variations have them in their NFL uni's. The variations on the other hand are much easier to pull as well falling at a rate of 1:6. 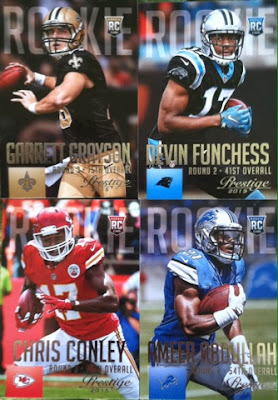 I pulled four Extra Point parallels including a Frank Gore numbered to 25. 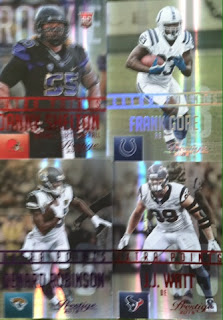 Acetate makes a strong appearance again in this years product as well.

Some zazzy upgrades to Prestigious Picks and I like the Super Bowl heroes etched ones as well.

Now onto my hits. Nothing big, which is my usual luck, but some much needed ink to my 2015 rookie collection. These two are Extra Point auto parallels. The Lockett is numbered. 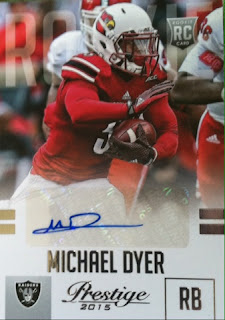 I think this is my favorite pull of the box. Really like the addition of these rookie patch cards and they look nice. 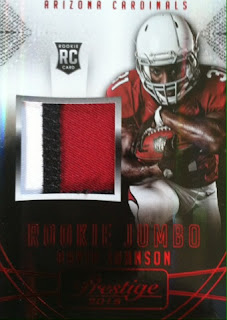 Overall, a great update to the product, I just didn't feel like I had the best break. But, that doesn't mean I wouldn't suggest trying a box because there are some great pulls to be had. I just hope your luck is better than mine :)
at August 04, 2015