While mostly everyone was at The National, I took a look at dacardworld searching for deals.

One of those deals was the Deal Of The Day which happened to be a hobby box of 2014 Topps Football. An amazing price at $27 and I am always in need of Odell Beckhams, so I snatched it up.

Now it's time to break it!

This won't be my usual episode of Breakin Wax with breaking down the product as a whole, as this time I am mainly focusing on the pulls since I have already done a couple Breakin Wax of this product.

Up first, I bring the boom. At least to me it is. It also happens to be the best pull of the box, a GOLDell Beckham. I mean a Odell Beckham gold parallel. The gold parallels fall at1:10. 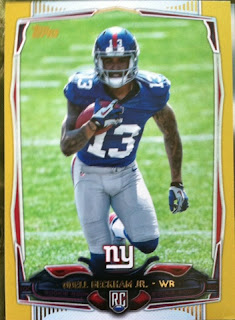 A Reggie Bush is amongst my gold parallels as well.

Pulled a Salute To Service that falls1:52 of Vernon Davis. 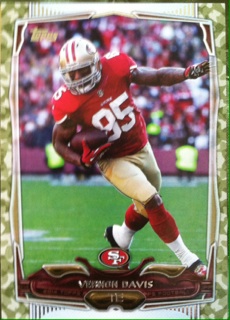 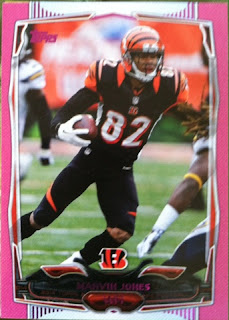 I continued my luck of parallels with this black of Brett Keisel. They fall 1:63. 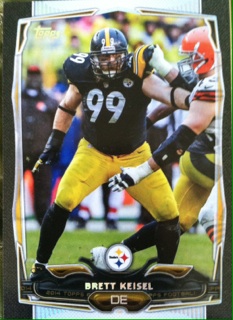 And finally my hit of the box was Michael Egnew. Ooooops sorry, seems that TE's are a normal pull in boxes and to no surprise I pulled a relic. I have yet to hit an autograph in a box of Topps. 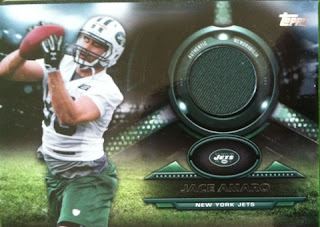 Overall, not a bad break, not a great break. But the cost was so low I had to take a shot. My happiest pull was obviously the Gold Beckham. The rest of the break wasn't great. But I also did get a base rookie of Odell amongst the other top ones so can't complain too much.
at August 03, 2015