It Was The Collectors Choice

Up to this point, I hadn't busted any baseball. Just like with basketball, I didn't have much baseball knowledge at all as my focal point was football. Luckily, my sports fanatic father did. He was a die hard Yankees fan. Funny thing about our origins sometimes, we may follow someone else's steps. I later on became a Yankees fan because of him and we will hear about that in 1996.

Even though I didn't know much about the sport or the players, I think when packs of 1995 Collectors Choice hit the shelves my father looked at that as an opportunity to open me up to it. The price was fit our budget as well with it only going for .99 a pack for a 12 card pack.

The base set was huge, we don't see much of this today, it was also one single series and a whopping 530 cards. The base set was simple with a white border and action photography. 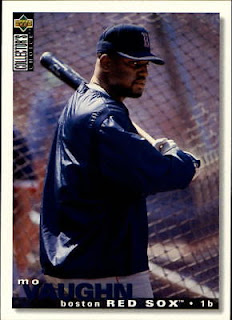 But, for me at 12 years of age, it was the subsets that caught my eye.
Rookie Class were the first cards in the set. They made up numbers 1-27 in the set. Of course at the time with the confusion that baseball can cause, I thought I had a Derek Jeter rookie card. I never did pull the real key rookie of the product, Hideo Nomo. 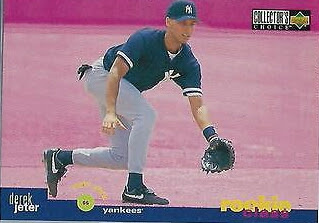 Future Foundation were those upcoming stars that a team could build around. I had put these into rookie binders at the time as well. 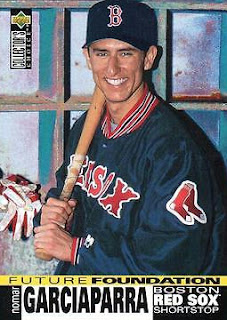 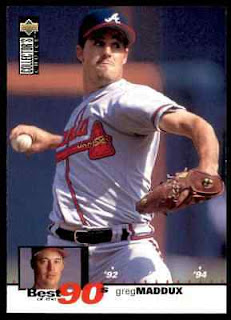 What's The Call was a goofy subset making up numbers 86-90 but somewhat eye appealing. It was truly what a kid friendly product needed. 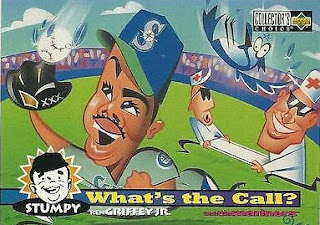 There were a couple cool inserts but not loaded by any means. There were two parallels and one insert set to chase.
Silver Signature parallel fell one-per-pack taking a players signature and making it facsimile silver. 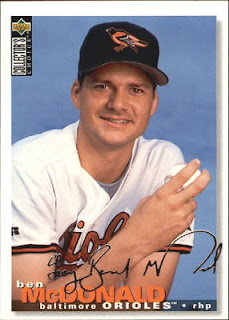 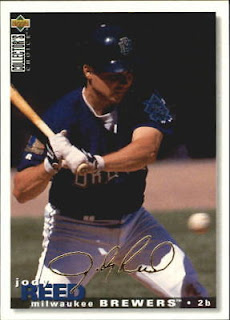 And You Crash The Game fell 1:5 packs and also had two parallels. Gold and Silver. I never pulled a Gold however. These were fun for sure. It was a redemption card of sorts and if a featured player does their feat on the day on the card posted, you could exchange that card in for a set of You Crash The Game cards. Whatever happened to fun promotions like this in sports cards today? 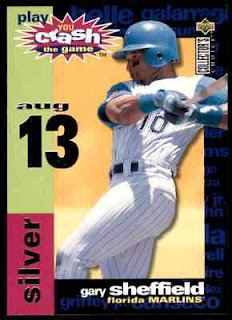 Did Collectors Choice get me into watching baseball? No. Did it peak my interest in getting more baseball cards? Absolutely. This is what you would call my baseball card origin and it only grew from here on out.
at August 14, 2017