@batcavelv on Twitter and I have been doing blind trades for a few years now. Blind trades are a lot of fun in my opinion. It's not all about money value and so on. It's about the surprises and fun and how often do we get surprises in life anymore???

I sent his surprise to him first and thought I sent a pretty solid group of goodies, he returned the favor without looking at his first and sent me a whopper as well. 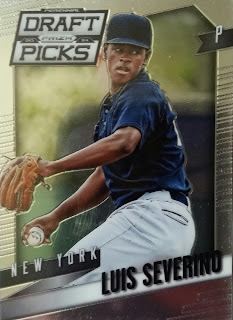 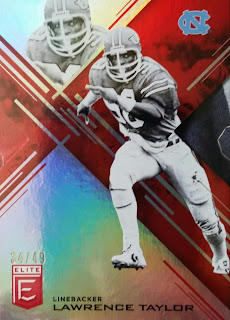 Some more newbies for the Giants PC and a Yankees card that I haven't seen before. I believe it's from 1968 Fleer. I don't have much vintage so adding any I can is a good add. 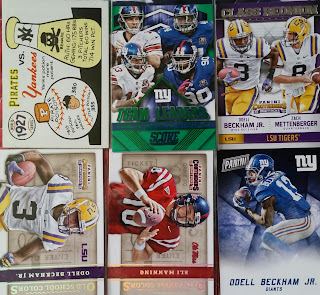 A new Griffey for the PC. This one is oversized. Never seen anything like it. Came with a certificate as well. 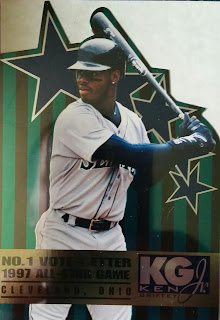 Pinnacle Inside can...unopened! I don't plan on opening it either (even though the temptation is there to do so) 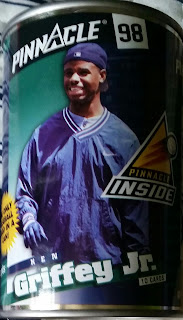 Now time to roll out the hits!

New add for my Williams PC and a new Nassib too. 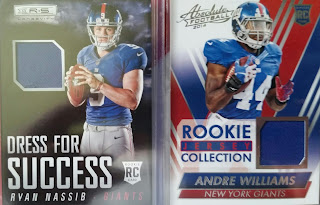 One person who signs well with Greg Jones, who never panned out, and Stevie Brown who could have used help signing who was a one year wonder. Both are new additions. Really dig the Brown card. 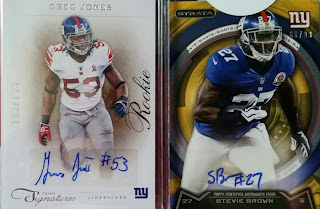 Shockey was probably one of my favorite Giants TE's up to date. That may change once Evan Engram hits the field. This is a Turkey Red relic numbered to 250. The design is nice in my opinion. 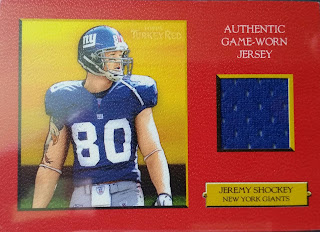 Godzilla! This is only one of two Hideki relics I have. The other is pants. I have never figured out if I liked Upper Deck branding the game used bats or not. It does make it look nice however but does it take away from it being game used.... 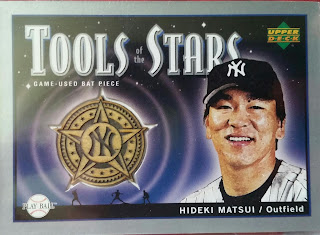 Panini promo cards. My first towel card and I really dig it. 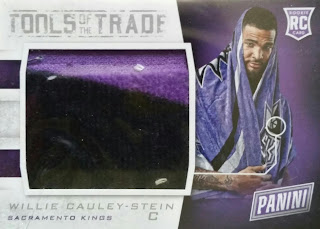 And to finish up the mail day, totally cool camo hat card of Todd Gurley. Another favorite of mine. 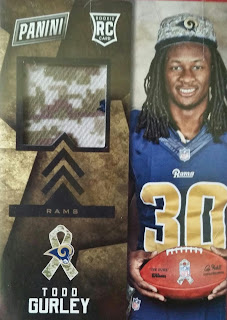 Big thanks to @batcavelv for the awesome mail day. I loved all of it and can't wait til our next trade.
at August 03, 2017