I Love The Smell Of Surprises

I saw a post on I Love The Smell Of Cardboard In The Morning recently who was offering up some extra NY Yankee team sets he had picked up. Being an area run by the love of Red Sox, I don't usually see Yankee items here so I claimed one of the sets. It fills my Yankee PC, gave me a new Judge and a new Jeter.

Not only did he send the set to me, he also threw in some freebies.

Here is the set. All of the big names included. 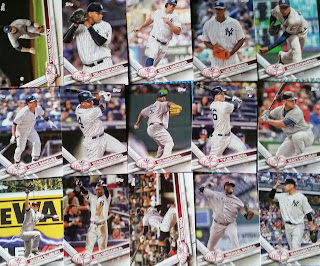 Including like I said, Judge and Jeter. This Jeter is one of the very few 2017's I have. 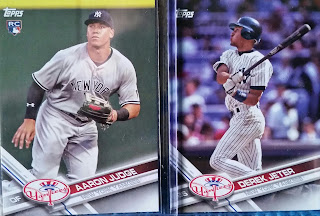 We also stick to NY and some new Giants adds. The Topps Prime photo for Cruz is awesome. That's a cardboard masterpiece. 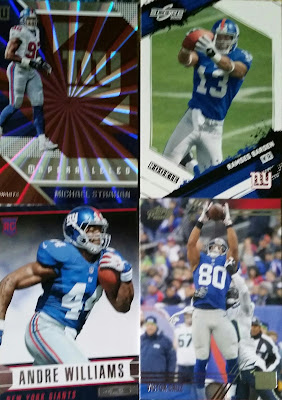 Odell rookie! I don't have this one and has been one I been needing to add. 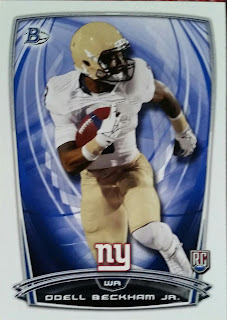 Here are a couple of Giants rookies I am expecting to have huge roles on the team this year. Eli could be a shutdown corner and Shepard to get plenty of catches with Marshall and Odell getting a lot of attention. These are also new additions. 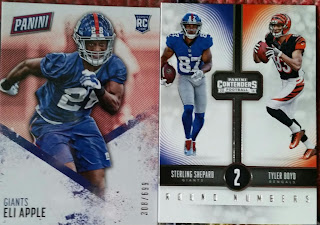 Speaking of new additions, back to the Yankees. Don't have any of these as I didn't have the chance to get any Platinum last year. It's actually the same for Platinum this year.

Jeter UD rookie!! As I said in my trade with @Jake1725 who also gave me one, I can never get enough of these. 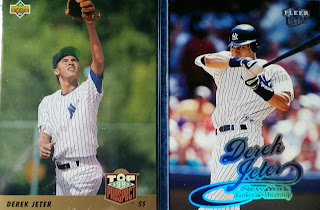 Don't Judge me for wanting more Judge. Aaron like I have said has brought back my full passion of collecting baseball cards and watching the Yankees again. I have that guy to route on. 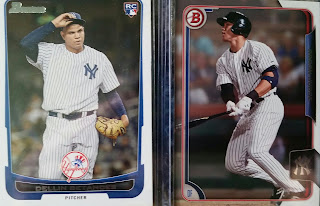 4 new minis including only my second Jeter one. All but the Jeter are numbered. 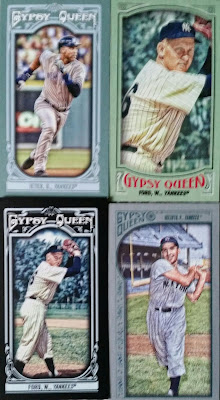 These are always fun to see. 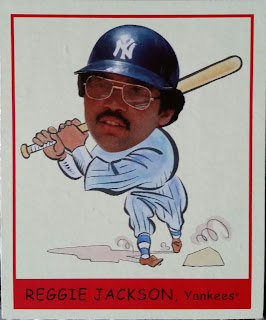 And we finish it up solid with some Mantle and Berra. 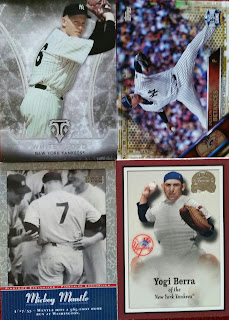 A huge thanks goes out to I Love The Smell Of Cardboard In The Morning for this awesome mail day. I was really in shock by the bonuses you threw in. I hope to get something out to you at some point for your generosity.
at August 02, 2017