Getting Ready For Big Blue!

It feels like every time that I and @DJSeneseiNJ pull off a trade, it gets bigger and better. This time is proof of that.

As football season approaches, the Giants play next Friday in preseason vs the Steelers, so doesn't my collecting preferences some. I am still collecting Aaron Judge and Ken Griffey Jr, but starting to aim at some more Giants as you will see in today's trade part 1.

I am still also heavily collecting non sport as well which is where Part 2 of this trade comes into play with an incredible card to post. You will have to wait for tomorrow to see it.

So let's see what Part 1 provided for us.

Here were bonus cards he threw in I didn't have. Nice mix of Yankees from today and yesterday. 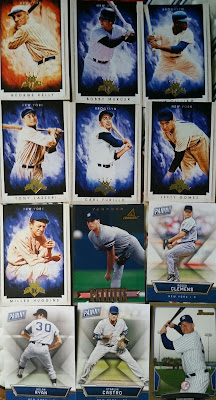 More Yanks and some a few Giants 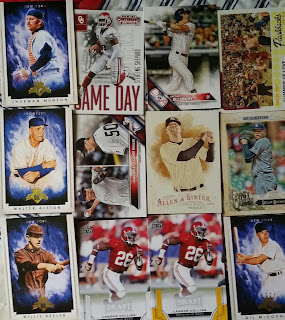 Now onto the trade pieces. Panini cards from I believe The National. He sent the entire Legend set but Griffey Jr was my focus there and adding OBJ is never a bad thing. 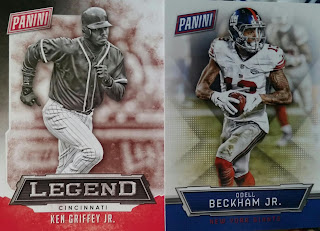 Like I have been saying in my last few posts, I have been adding to my non sport PC more and more. These are two pretty cool Star Wars medallions. Two of a very few Star Wars relic type cards I have. 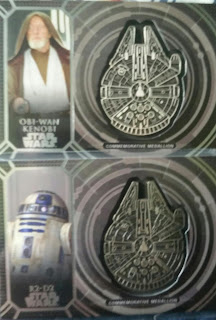 Now onto some Giants. I can't wait for football season!
Eli Black Gold /100. I really like this product. 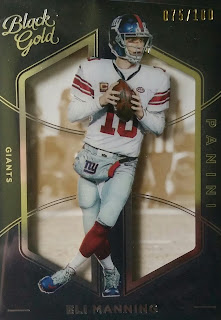 Another new Black Gold addition. This guy is going to play a major role in the offense and I am so glad that his injury scare was just a minor thing. He could be the teams biggest xfactor. 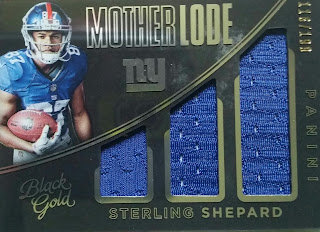 Andre Brown auto I didn't have who played a few seasons with the Giants before moving to the Texans and leaving the game. Vernon should be good for bigger numbers this year with JPP back as well. 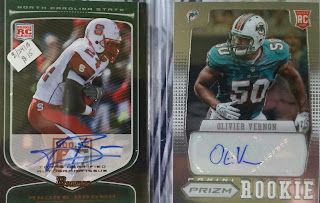 I know I showed off this exact Eli Pro Bowl jersey card just a few days ago, but, this one is a tad cooler with some pinstripes. A new Paul Perkins relic as well and another guy that will be a huge key to the Giants season. 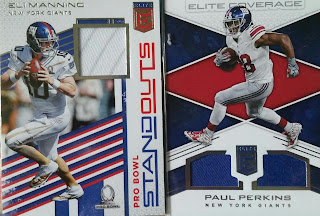 FINALLY! Got myself a Davis Webb autograph. I will be on the lookout for more as this guy could be the future in NY. He has looked decent so far in training camp. Will be interesting to watch in the preseason. I know many don't watch the preseason but I do for guys like this. 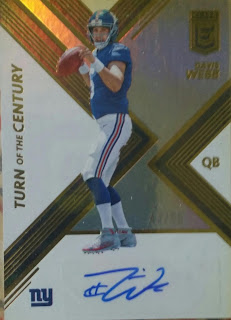 My first Giants uni Engram auto. Been dying for one. He has looked incredible so far. Wayne Gallman must be in the Giants plans somehow as a second or third running back. They never went out and grabbed a veteran like most expected them to do after they ditched Rashad Jennings. Both of these are on-card. 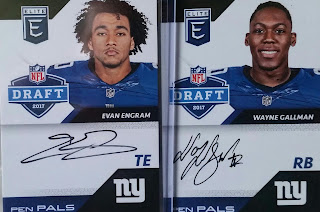 Well that's it for today's portion. More to come tomorrow including a new project I will be starting. Stay tuned!
at August 05, 2017