1995 was the year and the only way you could land an autograph that cheap was purchasing packs of 1995 Pro Line football. Each hobby or retail box of 1995 Pro Line guaranteed one autograph randomly inserted within. The autographs were also on-card and some were even hand numbered.

The set was produced by Classic who had made plenty of other products. Remember a time when more than one company could have a pro license? Boy, those sure were the days. There were so many buying options and it was AWESOME.

The base card set is really deep with 400 cards. The design is full color photography with the player's name, position and team name printed in white lettering near the bottom. I think it looks really sharp. 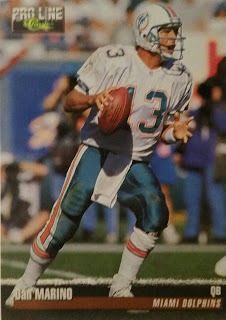 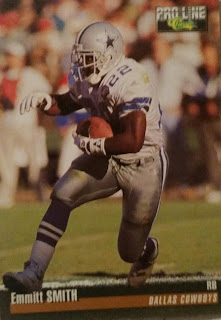 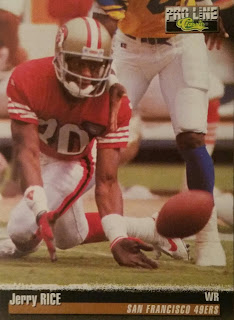 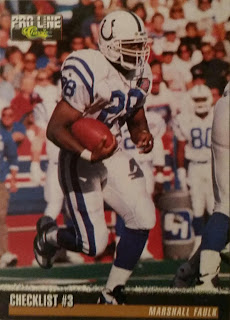 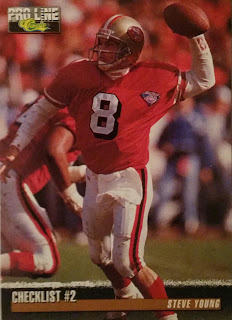 The rookie cards featured rookies in college uniforms but had updated teams at the bottom. 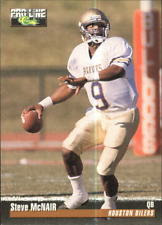 The pharmacy I found these at only carried the retail version of the product and the only parallel I could find in packs were the one-per-pack silvers. Hobby had other parallels to chase that were numbered. 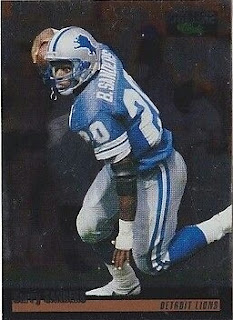 Another card you could find one-per-box was Grand Gainers. This insert line had both rookies and veterans and featured a metallic background with colorful player in front. 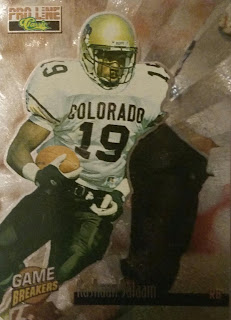 Another insert that came randomly in packs, were these sick looking foil Pro Bowl Die-Cut inserts. This is another set that I will be chasing down and will be adding it to Sets I Am Seeking list. I have a few of these cards but I have many more to chase of the 30 card set. 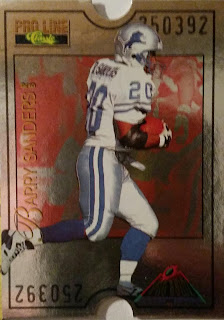 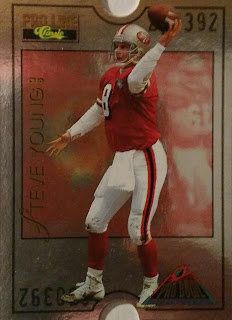 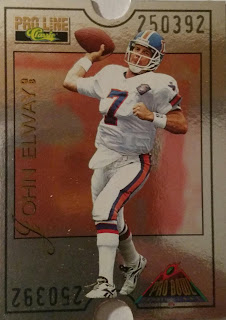 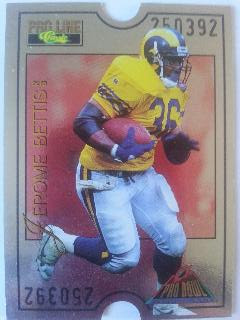 Now you are probably wondering about those autographs, well, I never pulled one. Sorry for the letdown on this. I know I kinda led this post up to that. But, remember I did say gave you a shot at one for $1.99. I just never had the luck. I did however kept on buying Pro Line trying to chase one down while trying to build the set and find the inserts. There wasn't anything about the product I didn't like and I also really wanted to get my first autograph card.