Since Skybox Premium made such an impression on me, I just had to give its brother release Impact a try when I saw it on the shelves at Ames. I loved running those necessity errands with my parents.


The product fit right into every aspect of my collecting at the time. The base cards had foil, the inserts were attractive, there were rookie cards and most importantly, 12-card packs were $1.29.

This 200-card set, one I believed I completed back then but don't have now, had action packed photos 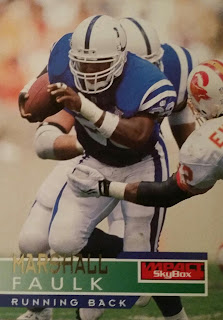 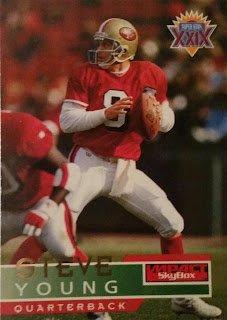 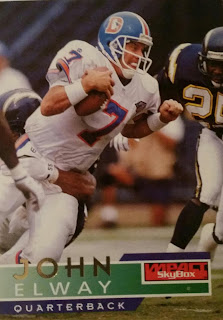 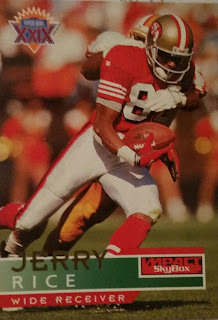 and some subtle inserts like Specialists that takes up cards 149-158, 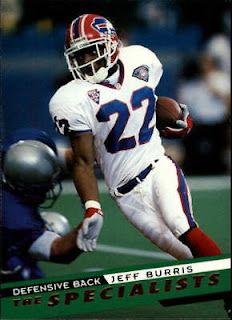 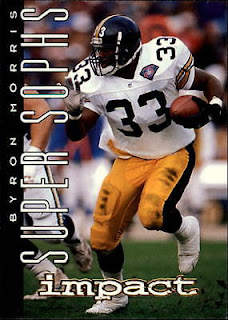 and Impact Rookies with cards 169-198. The final two cards were checklists. 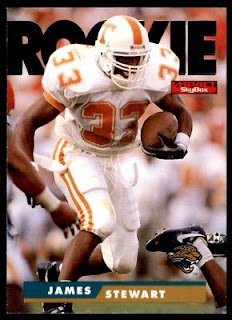 The inserts were really fun for a low-end feeling brand.
Impact Power Cards fell 1:3 packs and were all-foil 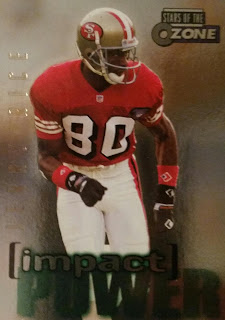 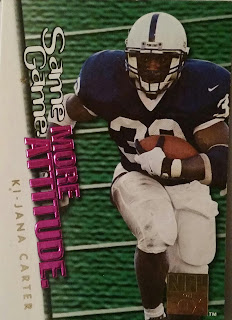 Countdown to Impact cards fell 1:20 packs and was probably my favorite of the group with it's color scheme and embossing of the numbers. 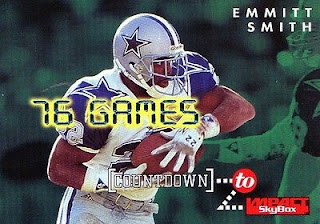 Other inserts were Future Hall of Fame cards that fell 1:60 packs and Skymotion Exchange card that fell 1:360 packs. These two I never pulled.
It wasn't just Skybox Impact that made an impact on me in 1995, but it was sports and sports cards that did as well. I guess it was my way of getting into manhood from being a child. As the year was closing, my afternoon cartoons and Saturday Morning cartoon watching began to decline at a high rate. My extra time when not sorting sports cards or being at school was playing sports with my friends and father and watching that on television instead.
As we make our way into 1996, we will see how much more impact that this hobby made on me and some other life changes helped mold more involvement of the hobby in my life.
Thanks for reading 1995 and get ready for 1996. More hobby to come!
at August 25, 2017