I have spoke about @NYCollects and his generousness many times on here and this mail day was no different. Well, it was a little different.

@NYCollects recently posted on Twitter he had a bunch of POGs to give away,-you know the game from the mid 90's where you stack a bunch of the cardboard caps, use a hard coated slammer and throw it down on them and the ones that are face up get taken away, the ones that are face down continue in the pile and the first person to turn them all over wins. Sometimes you play the game for keeps and get the keep the POGs from your opponent if you win. You decide that before the game-and nobody else had claimed them. Everyone who reads my blog or follows me on Twitter knows I am very nostalgic so these brought back many memories so I claimed them. I still have mine from that era as well.

So on Saturday this package showed up with many of them. I didn't expect so many. It was very exciting! 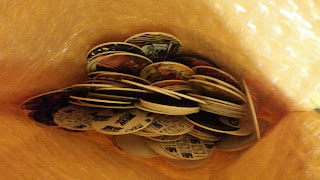 Here were just some of my favorites even though I enjoyed them all. 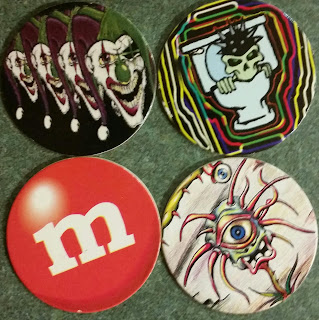 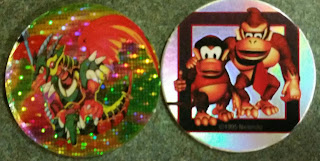 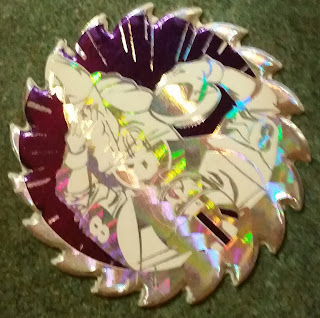 He even put a couple of Slammers in there. 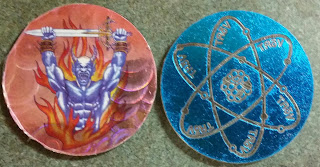 A big thanks goes out to @NYCollects for the mail day. These POGs have a good home now. If you don't follow him on Twitter, I suggest you do, good dude to follow!
at August 16, 2017