Saturday nights at my grandmothers between 1992-1995, I spend my time sitting on her couch taking advantage of her cable TV and watching Nick, Nick, Nick, Nick ,Nick, Nickelodeon! Or as they called it on Saturday Nights, SNICK.

Great shows like Clarissa Explains It All, Roundhouse, Are You Afraid Of The Dark and my favorite of the group, The Ren & Stimpy Show would come on for a two hour block intended for pre-teens and teen kids. I fit into that category.

I liked Ren & Stimpy so much that I even wrote my own cartoon comic at school based off of the series using characters from my classroom. I believe I called it Aaron, who was one of my best friends, and Stimpy. I wrote well over 100 of those comics and wished I hadn't lost them all over the years. If only I had one left to show off on here I think you guys would totally dig that.

Staying with my grandmother watching her cable, playing Monopoly, eating her great food as often as I did had it's rewards and it's work. When we weren't having fun, I was always cleaning her bathroom, running grocery errands by foot, getting her mail, sweeping, doing dishes, etc, etc, etc. In return though, I would earn a nickel here, dime there, quarter sometimes depending on how much my grandmother had to give and what kind of job it was.

I would save that money and put it towards things I wanted despite her disapproval as she was more about wanting me to save the money. I spent most of my hard earned money from her on my second side hobby, collecting Ren & Stimpy comics. Something I didn't know existed til the 1994/1995 year end.

This was my first purchase, which was the most I ever spent on one. They normally ran $1.99 each but this one being a double holiday special was $2.95. 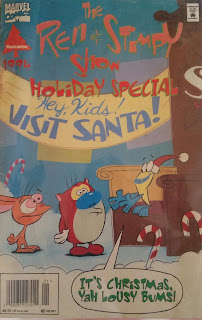 Then, I went in every month after that and picked up a new issue til the pharmacy no longer carried them which wasn't very long after I had started to collect them. 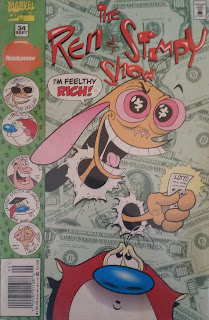 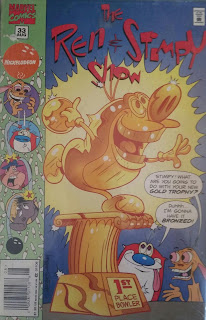 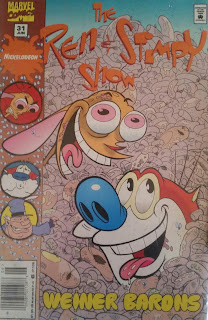 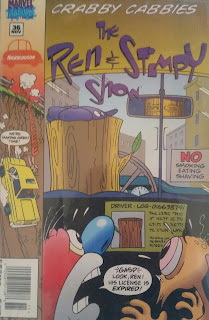 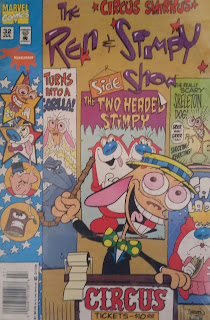 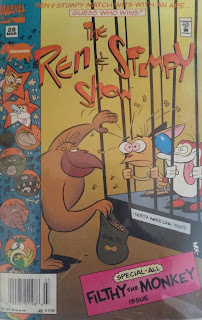 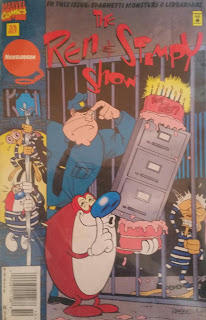 It was a fun time in my life and gave me more initiate to work even harder at my grandmothers knowing I would be getting the latest issues. Once Rite Aid stopped selling them, I ended up investing that money into the hobby and into something else we will talk about in 1997 so you will have to wait for that.
Speaking of investing, about five years ago, I came across this at a yard sale for .25..... 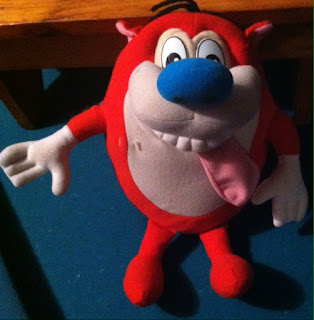 It's a Rootin' Tootin' Stimpy!! You squeeze him, he toots! Now I just need to find myself a matching Ren.
I still have all of those comics above protected in sheets. I looked up a few after finding them for this article and they don't have a ton of monetary value, but they do have a lot of memories which is more valuable to me anyways.
at August 20, 2017