@PuckJunk from puckjunk.com had thrown up some of his doubles up for grabs for those who wanted them a week ago. Not all of them were claimed so he put them up for grabs again and I bit at two more.

I never turn down a unique card and of a player I don't have. This could be another one of those guys who once played for the NBA then went overseas to come back and be awesome. We will see. 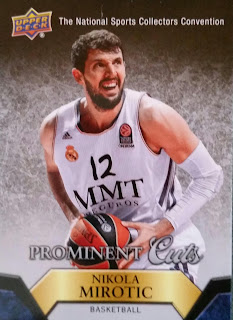 Maria Sharapova has been one of the faces of women's tennis for awhile now so adding her first card to my collection was a no-brainer. 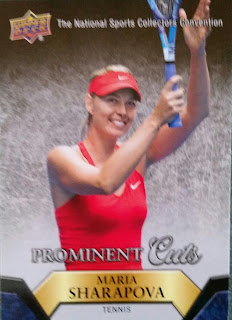 He also included a good read again, I just forgot to take a picture of it to go along with this post.
A big thanks goes out to Puck Junk for the PC adds. Go give him a follow if you haven't yet and check out his hockey filled website!
at August 29, 2017