I had said in my last article that I didn't come from the richest family and that was so true. Every week the budget was tight but we managed. We also still managed to collect cards squeezing in some packs when we could.

One of the packs we busted in 1995 helped us feel like a little more "rich".

That moment came when we busted some packs of 1995 Summit football. This product had a new feel like no other at the time. It was considered to some 1995 Score Series two but it had not Score feel. It was more of a high end feel. A ritzy feel. A classy feel. A rich feel!

The cards were printed on 24 point white card stock with the player's name and helmet logo in gold foil at the bottom with an elegantly placed design behind them. There was 200 cards in the base set including some subsets that looked just as nice. This was the first ever release of Summit and it was a product that surprisingly only made it two years.

Another great thing about "feeling rich" was the fact you didn't have to spend much to do so. Seven card packs came with a suggested retail price of $1.99.

Let's take a gander at some of these and you will see why I was jumping like Scrooge McDuck. 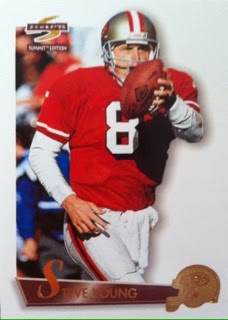 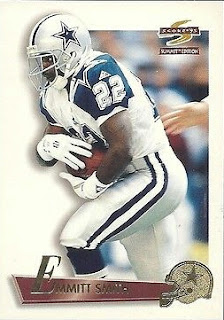 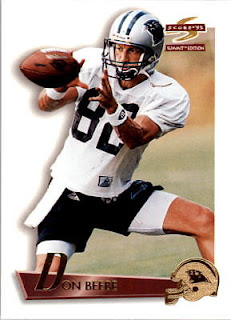 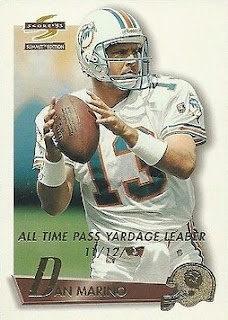 One of the subsets focused on Defense in Collision Course. Here was my first Deion Cowboys card 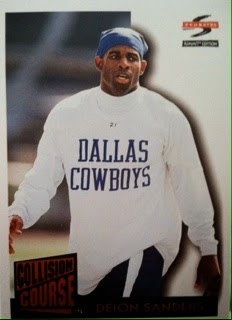 Offensive players were featured in the subset, 1995 Offensive Weapons 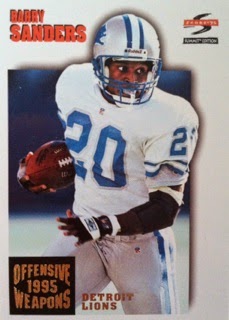 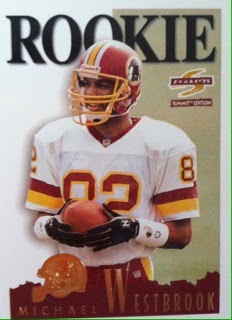 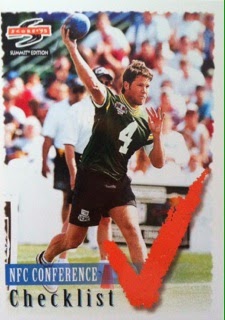 But it wasn't just the base that made me feel rich, the parallels in Summit made me step back and feel like Joey from Blossom, "WHOA!"
The Ground Zero cards fall 1:6 packs and may be a parallel set I try to chase. That's how much I liked them. There are 200 cards to find so it will be quite the chase and for now will remain in the Sets I Am Seeking List. 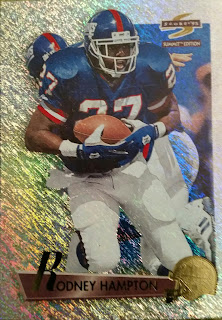 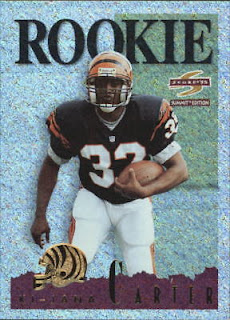 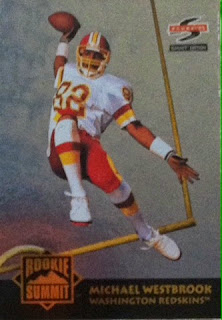 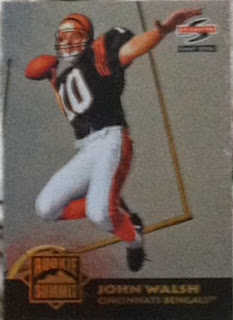 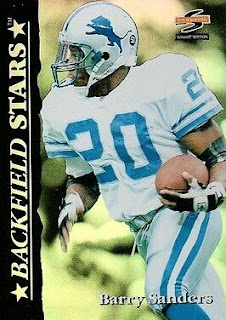 One insert I wasn't ever fortunate enough to pull or have seen was Team Summit that fell 1:91 packs.

I was so glad to had opened some packs of these and actually opened a full box a couple of years ago since they are going for even cheaper now. Since I am not rich now either, I am talking monetary wise not life wise,  it's sometimes nice to be able to take something as small as a pack of cards to make you feel that way.
at August 18, 2017