Along with 1995 Fleer football, my other first football product love was 1995 Skybox Premium football. There were many reasons why I fell so quickly for this product other than it being at the grocery store.
The base set looked even better than the Fleer one I was totally into. It also presented a whole new item to me, subsets. If you don't know what a subset is, it's a set within a base set that's usually different looking than the base. We don't see a lot of this in today's collecting so sometimes I like to explain what it is.
The base set had a granite look for the team name that ran down the left or right side of the card. The player was usually focused in the middle with a Skybox gold foil symbol and player name on the opposite side. 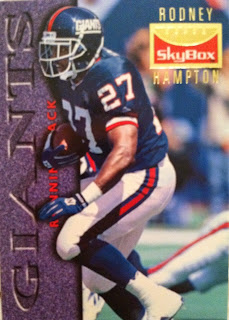 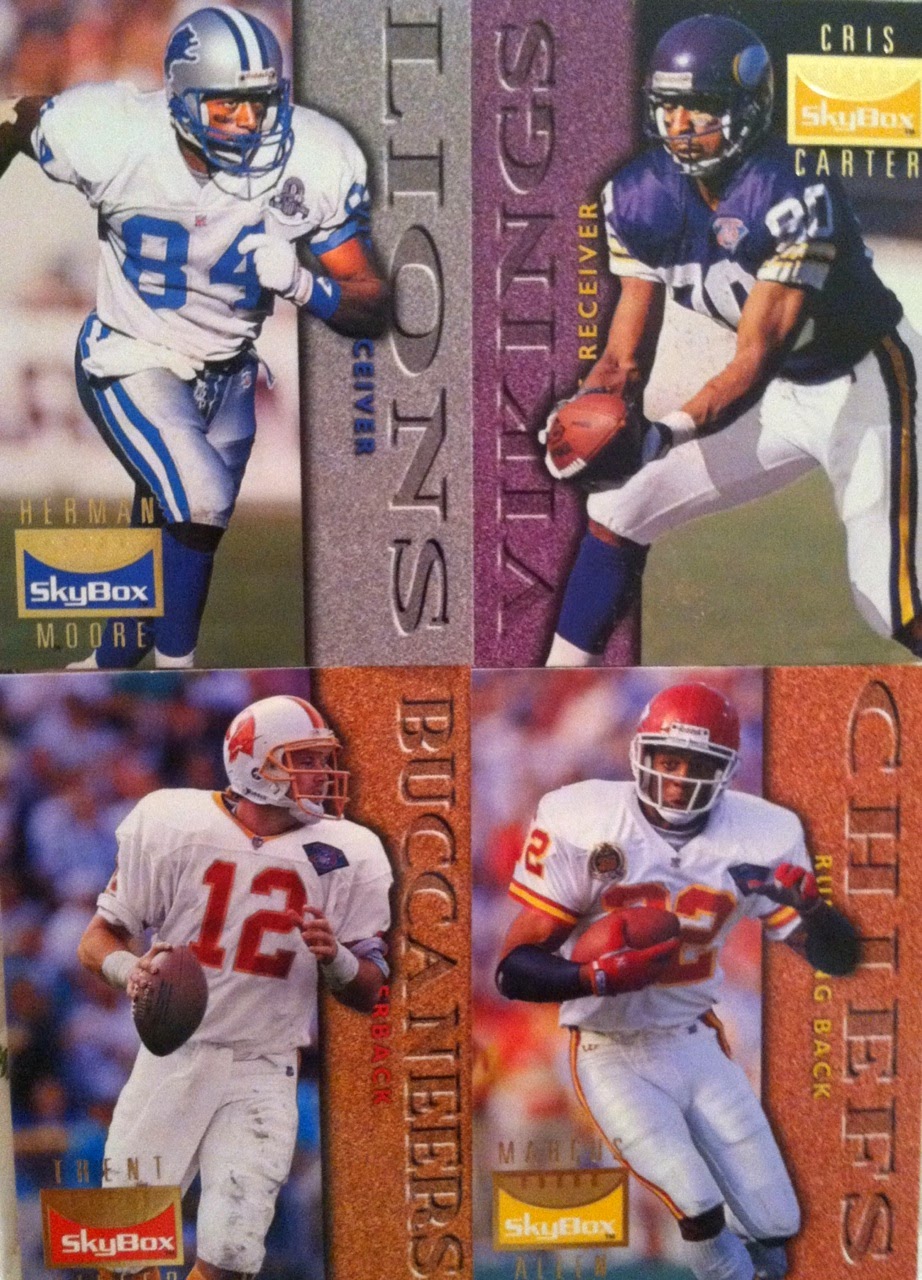 I am not sure what the real allure of the 200 card base set was for me, but I just really liked it and how it all came together and looked I guess.

Let's see if you feel the same way.
The first 148 cards were organized by team and included the cards above and these two cool newspaper based subsets that were created special for the two new expansion teams in 1995, the Jacksonville Jaguars and 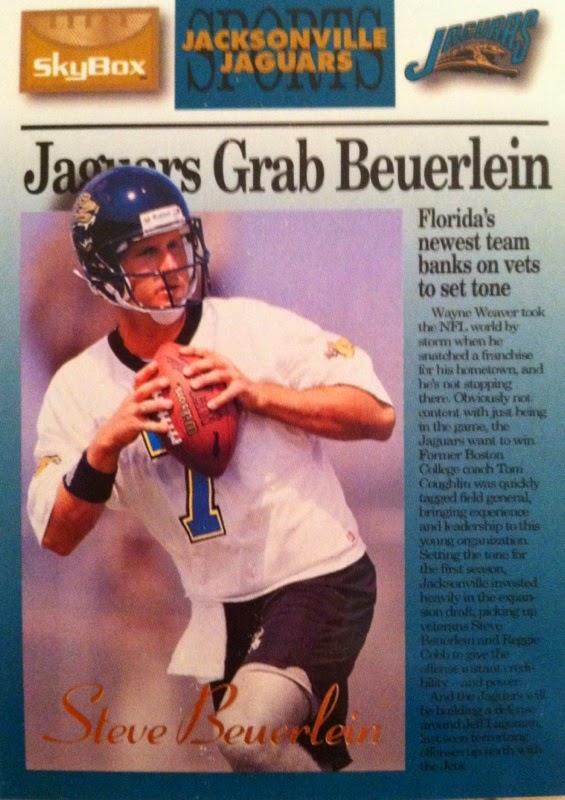 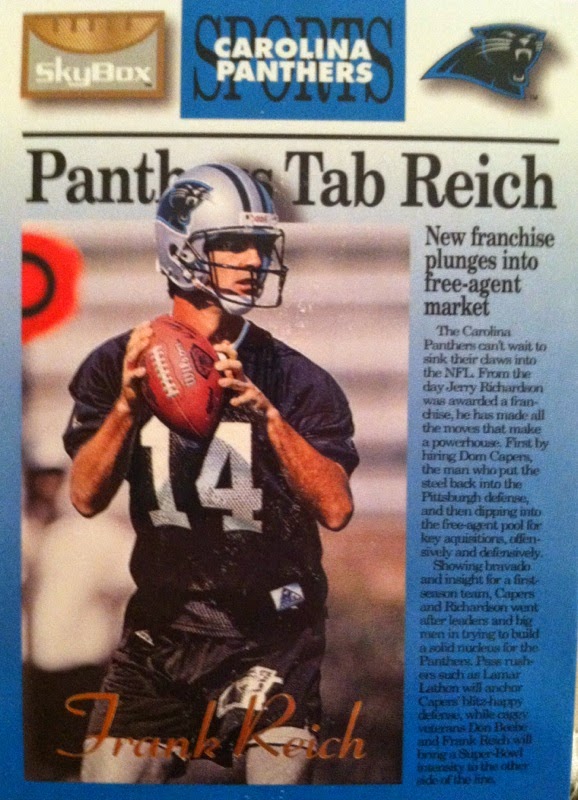 The next ten cards had these very colorful Style Points. 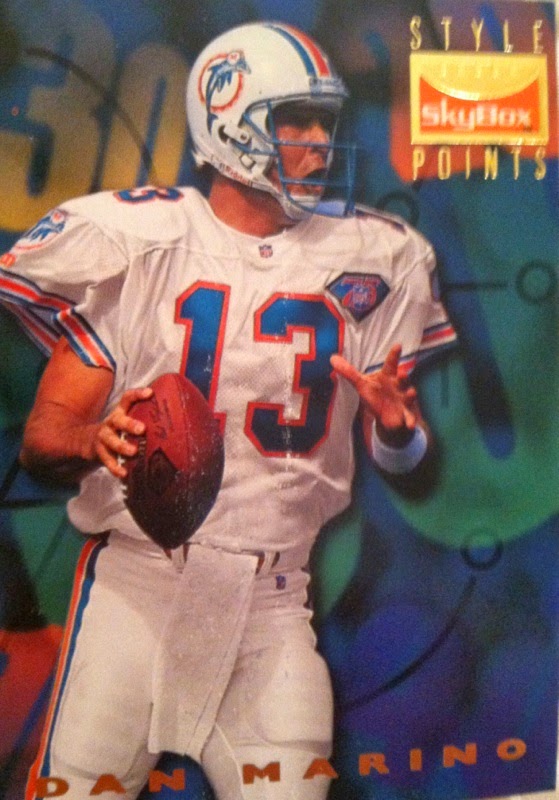 Then came the greatest subset  and possibly designed card, at least in my opinion, of all time. Mirror Image. It took the back of one players jersey and placed it in the background of another similar player. You know, their mirror image. Then it put that similar player in the forefront. These look so cool and even cooler in person I can't even use words to explain them. I just wished more companies today were as creative as this.
Mirror Image took up the next 10 cards in the set to bring us to card 158. This one of my man Rodney was card 157. 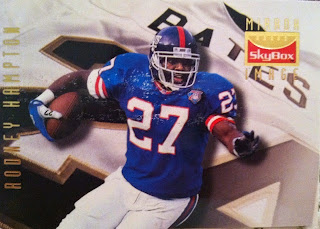 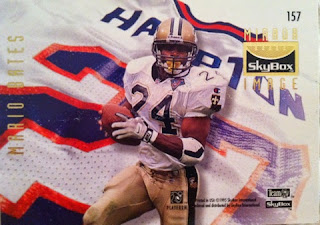 The next 40 cards were all rookies. How did you know they were rookies? Simple, just look at the background. 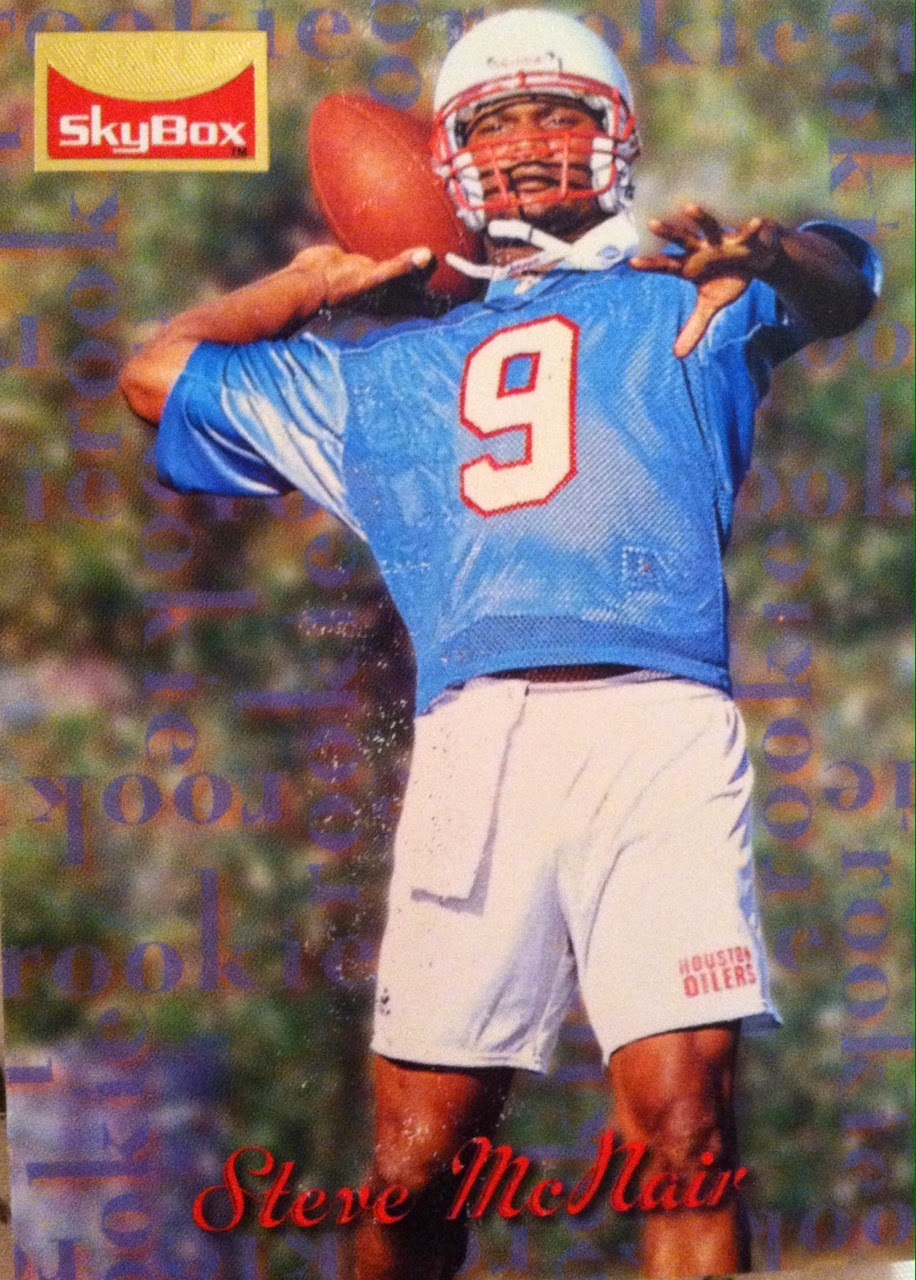 The final two cards in the base set were checklists. Remember those days when we knew which cards we were missing??? Now it's all about Google to find them and sometimes they are not even posted right. Can be frustrating at times

The final thing I loved about Skybox Premium was it's Paydirt insert. Look at this bad boy!

These were easy to find as well. Only falling 1:4 packs. The other inserts looked okay and had foil, but nothing took the cake like this one. I hope to build the set someday. There were also parallels to these I didn't know about til later on. More on that at a later time.
There is still plenty more products from 1995 I enjoyed for football and even a few for baseball and basketball.. We will have more on those to come.
at August 06, 2017